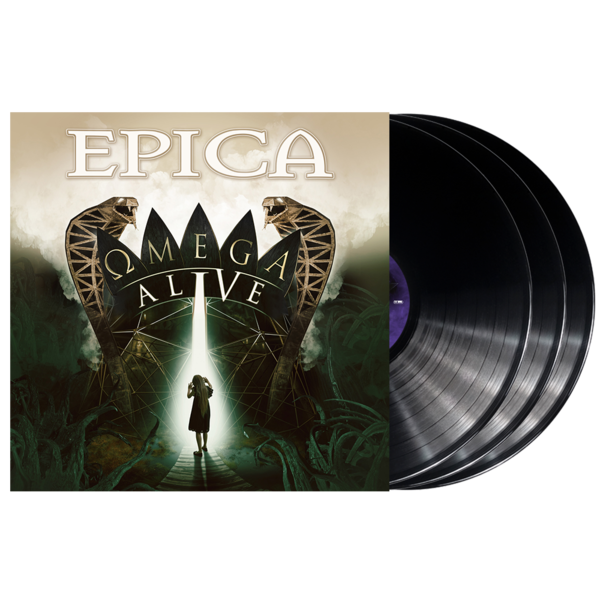 For many years now, the comparative of epic has simply been EPICA. Since their formation in 2002 and their quick ascension to stalwarts of symphonic metal noblesse with trailblazing masterpieces “The Divine Conspiracy” (2007) or “Requiem for the Indifferent” (2012), Dutch metal titans only knew one way: Up. Especially with their last three releases “The Quantum Enigma”, “The Holographic Principle” and this years’ “Ωmega”, forming a metaphysical trilogy that’s both alpha and omega of all things symphonic metal, EPICA became rightful monarchs of a genre they themselves helped made become a global phenomenon.

Yet, as every other band, EPICA couldn’t take their latest installment of breathtaking cinematic grandeur to the seven corners of the world as they would have normally done. You know why. Thus, plans have been made and visions fulfilled to produce a once-in-a-lifetime event that couldn’t be further away from yet another streaming show. What EPICA unleashed upon the world on Saturday, June 12th, 2021, was a monument to their music, their career, and their enduring legacy as forebears of a whole genre. Now finally being released on Blu-ray and DVD and various audio formats, “Ωmega Alive” is the EPICA show of your wildest dreams, brought to life by blood, sweat, tears and a healthy dose of megalomania. Think Marvel meeting Cirque de Soleil in a Tim Burton universe.

Celebrating the release of their gargantuan new opus magnum, „Ωmega“, the streaming event saw fans from over a 100 countries flock to the screens to witness a show that has proven to be the defining moment in EPICA‘s concert history. A show that’s nothing short of the band’s most explosive performance to date, brought to life with an enormous production on an ever-evolving stage setting that’s full of visual surprises. For the first time ever, EPICA performed songs like ‘The Skeleton Key’ or the insanely monumental “Kingdom of Heaven Part 3” from “Ωmega”, alongside the band’s most popular songs, rare songs, fan favorites and huge surprises. “What started as a basic idea to do an online release show for “Ωmega” quickly spiraled out of control and became our most ambitious project to date,” creative director and keyboard wizard Coen Janssen says. “As usual, we wanted to push the boundaries, explore the limits, and think outside the box. We found ourselves back in our happy place. This concert film, our ray of light for you in the dark times that we have all been living in.”

For half a year, the band worked tirelessly on a show that’s been setting a new standard for concert films and streaming events. “What we wanted to do was the ultimate EPICA show where we could fulfill every dream we ever had, where there was room for all the ideas, effects and props that are just too big to be taken on tour.” Far from your usual streaming concert, the band developed a trademark feature called a “living backdrop.” Coen explains: “We built another stage right behind our stage where lots of things were going on the whole time. And we meant that very literally,” he laughs. “Every song got something extra, something unique that was fitting its world.”

He can say that again: Elaborate visuals, tailor-made videos and graphic effects, fire, and flames on a Nibelungen level, dancers and actors, artistic performances or fire performers all add to the aura of symbolism and cinematic splendor, setting the stage for a band that can’t be happier to finally bring their new album to life, harmonizing wonderfully and giving their A game for a show to remember. “It was so great finally playing with the band again, actually standing on stage with them. Boy, did we miss this,” Coen emphasizes and adds: “We also built a pretty cool new stage with some fire-breathing snakes and lots of rotating elements. Good thing is, we might also take it on the road when we can finally tour again.”

Until then, “Ωmega Alive” will be a more than efficient remedy against no-concerteritis – for bands, fans, and crew alike who all look back on an extra-long dry spell. Divided into five acts as there are letters in EPICA and “Ωmega”, each part gets a different theme, look, and feel, complemented with references to the history of EPICA, the symbolism of the band and the videos they did. It’s, in short, the best show they ever did, a two-hour spectacle spanning their storied career up to their latest endeavors and graced by Simone Simons’ breathtaking a-cappella rendition of ‘Rivers’ from “Ωmega” complete with choir, easily the most emotional and achingly beautiful moment in their entire career. Frankly, you don’t see this on a normal tour.

What EPICA brought to life here with the help of 75 artists and crew members is a testimony to their burning will to take their band ever higher – even now, in the darkest of times we ever had to endure. Let “Ωmega Alive” be your ray of light as it was theirs, a journey into the heart, body and soul of one of the most passionate and visionary metal bands alive today.