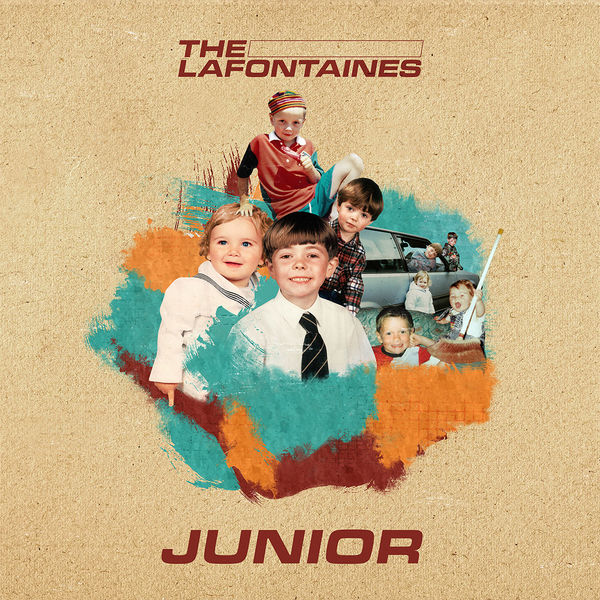 "The LaFontaines fuse the guitar swagger of Kasabian with the no nonsense delivery of The Streets. Their songs pull from the same rock foundation as Twenty One Pilots but with a working class bravado and punk angst added to the mix. Their live shows are akin to the likes of The Beastie Boys setting off fireworks after a Scottish Cup Final. There is no band in the world quite like The LaFontaines.

Fresh off tour with label-mates Deaf Havana, which followed a coveted support slot with Don Broco in 2018 and a very successful UK and Europe headline tour - the band are about to release their third studio album, ‘Junior’ on June 14th. Album launch shows will be next up before the band take their dynamic set to Reading & Leeds, This is Tomorrow, HOME Festival and many more ahead of a headline UK/Europe & Asia tour to round off the year.

Signed to SO Records, one thing The LaFontaines don’t have a problem with is selling records. Their debut album Class hit the Top Ten in Scotland and sophomore effort Common Problem followed hot on its heels. The band have an army of fans across the UK and Europe which continues to grow, daily.

Over the last 3 years alone, they have supported the likes of Anderson Paak, Mike Shinoda, All Time Low and Rag ‘n’ Bone Man.

Their live show is their greatest asset and the band have gained fans from Motherwell to Mumbai with their energetic and bold live performances. There is simply no one else like The LaFontaines – a band who personally guarantee that if you attend one of their shows and don’t have “the fuckin’ best time”, they’ll give you your money back..

They have also smashed festival stages from Reading & Leeds, 2000 Trees, T in the Park, Download to TRNSMT and continue to sell out venues across the UK and Europe in their own right.

With just under 7 million Spotify streams to date and a brand new album on the way, The LaFontaines continue to be an unstoppable force in UK music.