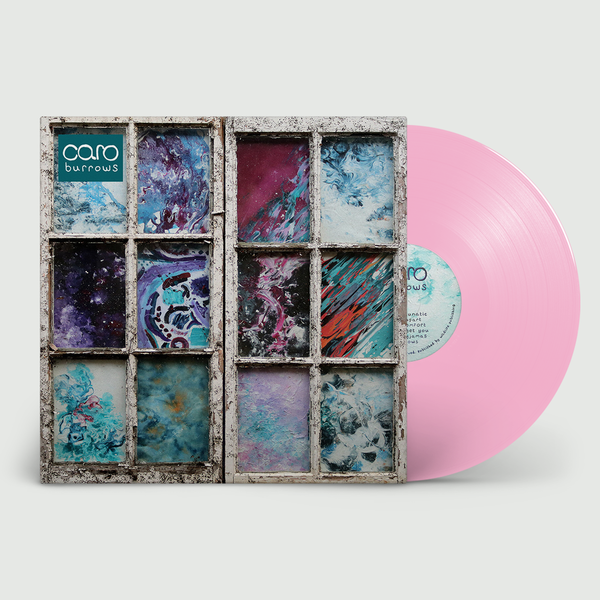 Where some bands use their music to project a cocky false confidence, create a fashionable façade and disguise their failings, Adam Pardey uses Caro as brutal catharsis. He writes songs of isolation, introversion, mental instability, paranoia, confusion, suicide and self-loathing, yet somehow makes them sound like bright future-pop fripperies fluttering along in the slipstream of Alt-J, Everything Everything and St Vincent. In 2012, Adam sequestered himself in his room and set about writing and recording the first Caro songs. Realising that he couldn’t play these songs alone, in 2014 he enrolled at Leeds College Of Music specifically to find a band. At his first class he sat next to drummer Bryn Jenkins. “He was late, and the seat next to me was the only seat left,” Adam laughs. “Since that day he’s been late to everything ever.” Admiring Bryn’s “very linear” drumming, Adam recruited him into Caro and the pair began playing acoustic shows; when Bryn toured with another band in 2015 he pilfered bassist Andrew Thompson for Caro and the full band hit the club circuits of Leeds and Bryn’s hometown of Wales. Alongside co-producer/mixer Hugo Meredith- Hardy, they set about recording Adam’s febrile, writhing, esoteric songs – songs walking a high-wire over the bubbling morass of modern alt-rock – while trying to find entirely new ways of making guitar music sound like a merging of the human and the technological. When the first results of Caro’s bedroom alchemy reached the internet, it sounded like the next generation of 21st Century post-pop. After an “introductory” track called ‘Admit / Resist’ appeared, 2016’s debut single proper ‘Cold Comfort’ twirled corroded wax cylinder guitars around ray-gun riffs, backwards segments and limbo harmonies. A Gengahr tour transpired, and 2017 saw the arrival of ‘Closet Lunatic’ and ‘Eyes On The Ground’. 2018 brought a German tour with Ghostpoet and Caro’s own headline tours, whilst 2019 saw the band sign to YALA! Records, now ready to finally release their debut album ‘Burrows’, a singular record with a singular vision.