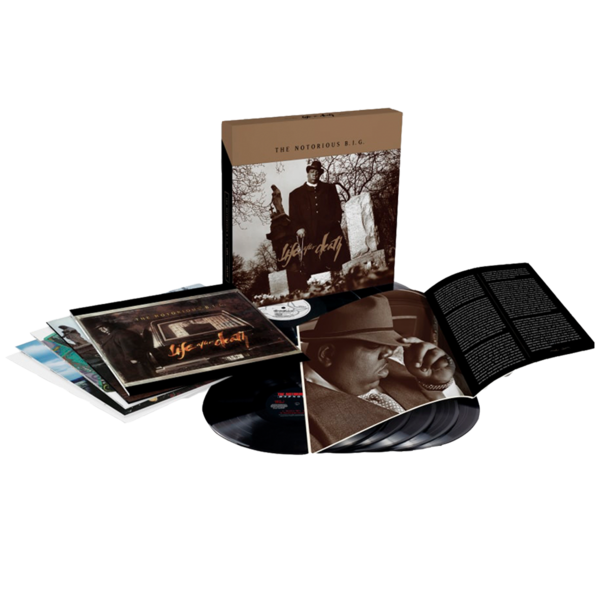 We've only 50 copies available so act fast if you want one!

To celebrate the 25th Anniversary on 25th March 2022, the diamond-certified GRAMMY®-nominated double-disc opus will be released as a 25th Anniversary Super Deluxe Box Set on June 10, 2022. The Life After Death 25th Anniversary Super Deluxe Boxed Set consists of 8-LPs and a commemorative booklet featuring rare photos from the album cover shoot, liner notes by Sheldon Pearce, and exclusive reflections from members of the team who worked on the original album release. In addition to the original album, it includes the Hypnotize 12”, Mo Money Mo Problems 12”, Sky’s The Limit 12”, and Nasty Boy 12”.

Life After Death features 112, Jay-Z, Lil’ Kim, Ma$e, Bone Thugs-n-Harmony and Too $hort, along with tracks like “Kick In The Door,” “What’s Beef,” “Notorious Thugs,” “Ten Crack Commandments” and “Sky’s The Limit,”. The album hit #1 on the Billboard 200 chart and the US Top R&B/Hip Hop chart. It went diamond in the U.S. alone, double platinum in Canada, and platinum in the UK. The album received a GRAMMY® nomination in the category of “Best Rap Album.” “Hypnotize” earned a GRAMMY® nomination for “Best Rap Solo Performance,” and “Mo Money Mo Problems” was nominated for “Best Rap Performance by a Duo or Group.” Among dozens of lists and retrospectives, Rolling Stone touted Life After Death among its coveted “The 500 Greatest Albums of All Time.” The RIAA has awarded the album a Diamond Certification for more than 5 million copies sold of the double-LP.

More products from The Notorious B.I.G 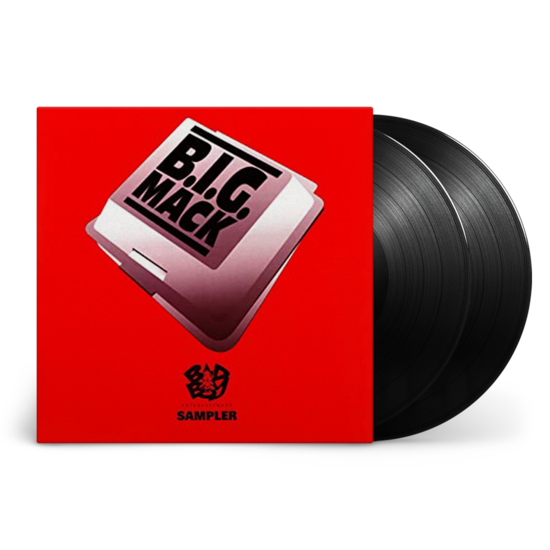