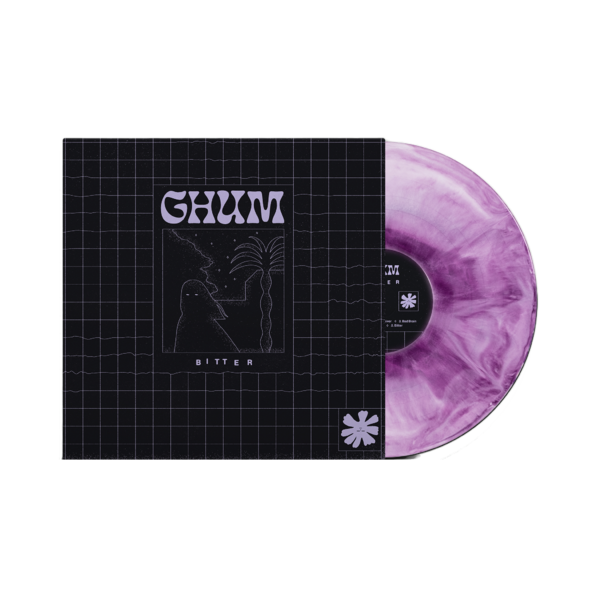 London-based post-punk group GHUM have today announced their debut album Bitter, due for release on 17th June via Everything Sucks. The quartet have also unveiled new track ‘Some People’, an astoundingly raw, blistering three minutes of grunge perfection which is accompanied by a tongue-in-cheek visual directed by Lydia Garnett.

Vocalist Laura Guerrero Lora has to say on the track – “This song is about getting to know someone and having the fear of hurting them, because love has turned a bit hopeless and unexciting. Not trusting oneself to be able to love someone after not falling in love for a long time. We wanted to have a bit of fun with a video that was diverse and inclusive. Lydia has created a visual world where a fun, camp narrative plays out. Taking inspiration from 90’s pop videos, John Waters movies and the recent Spice Girls documentary series, she created a humorous, unpredictable, queer friendly world for us to live in.”

Bitter is the sound of a band fully in control, the record has been a long time coming. GHUM – Laura (vocalist), Jojo Khor (guitar), Vicki Ann (drums) and Marina MJ (bass) – met online in 2016. Each of them hails from different parts of the world (London, Malaysia, Spain and Brazil) and bonded over bands like Yeah Yeah Yeahs and Warpaint, The Cure and Soft Kill. Being in a band of all women was also important, from inception. “I'd never been in an all-female band before,” Jojo remembers. “I’d played in an all-female band in the past which was much more fun” adds Marina.

Everything snowballed swiftly after meeting. They released their debut EP GHUM in 2017, followed by The Coldest Fire in 2019, out via Everything Sucks Music. Those initial years were defined by back-to-back gigs and tours around the UK and Europe, with support slots with the likes of Dream Wife and L.A. Witch. They also received widespread tastemaker support from The Fader and Dazed to The Line of Best Fit and The Observer, alongside strong support from BBC Radio 6 Music (including a Maida Vale BBC Introducing Session in 2019 and repeated plays from Steve Lamacq).

Pieced together from old, half-written songs and new sonic sketches, Bitter is in many ways a portrait of everything they've done so far. The result is a raw, swirling slice of melancholic grunge rock, pinned together by Vicki's pounding drums and Laura's signature heartfelt vocals. “You make it so easy to hate you, my love,” spits Laura over sparse, rhythmic bass on “Deceiver.” On the title track, the “you” becomes someone else. “You are the only reason I put myself through this,” Laura's voice rises over intricate, distorted guitar melodies.

The band are excited to let these songs free, at last. “The style of the songs all taste like GHUM,” says Laura. “We recognise it when we're jamming. We know what we're doing now. It's strong and a bit aggressive, a bit melancholic. It’s like us.”