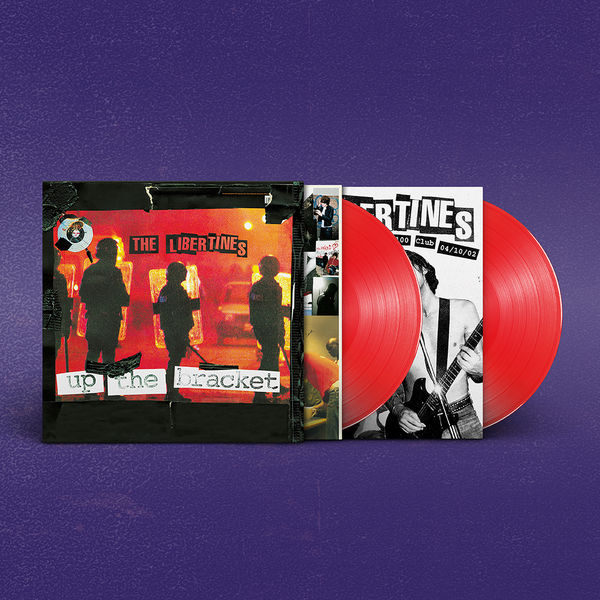 To celebrate the release of their astonishing debut album, Up The Bracket, The Libertines are releasing a 20th Anniversary Edition on multiple formats, through Rough Trade, on October 21st 2022.

In addition to a remaster of the original Up The Bracket album, produced by Mick Jones (The Clash), the Super Deluxe Edition also includes a remarkable 65 previously unreleased recordings including many original demos, radio sessions and live recordings all helping to chart the making of Up The Bracket, plus a live recording from the 100 club in 2002. It also contains a 60 page book with a forward by Matt Wilkinson, new interviews with the band by Anthony Thornton and many unseen photos and memorabilia. Up The Bracket arrived like a raging bull in a tired post-Britpop china shop and introduced the world to The Libertines, a new gang of London bohemians, whose ragged tunes, red military tunics, opiated poetry and ‘live now pay never’ lifestyle came to define the millennial angst of the early noughties. At the heart of the band is the blood bond bromance between the ramshackle Music Hall Jagger/Richards, Peter Doherty and Carl Barat, ably assisted by the rock solid rhythm twins John Hassall and Gary Powell. Any bookie worth his salt would have given you short odds on this quartet surviving more than a month or two, given the teetering on the brink lifestyle they chose to lead, but here we are two decades later and our Byronic heroes, though older and wiser, are still fighting the good fight and making music every bit as vital as their debut. The belief, talent and fervour that Doherty spoke of in their earliest manifesto has stood them in good stead. Up The Bracket, justly considered one of the greatest albums of the noughties, was originally released on October 21st 2002 by Rough Trade Records. The album, a heady stew of indie rock, skiffle, blues, dub and English bucolic pop, was a huge shot in the arm to a largely redundant music scene and helped to inspire the rebirth of guitar music, going on to influence countless artists who followed in its wake. Up The Bracket, which was produced by Mick Jones of The Clash, takes you on a wondrously poetic journey into the band’s mythical world and their fevered dreams of Albion, a land of squalid glamour, liberty, equality, fraternity, gin palaces and chip shops. Quite simply Pete, Carl, Gary and John created a hugely compelling timeless British rock'n'roll classic debut as relevant now as it was upon its release.

More products from The Libertines 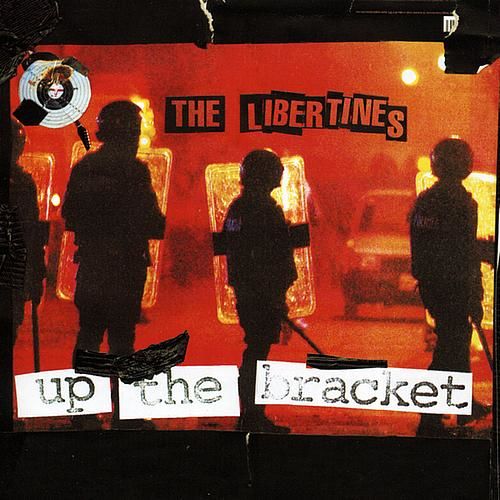 The Libertines
Up The Bracket: Vinyl LP
Vinyl LP
US$26.99
In Stock 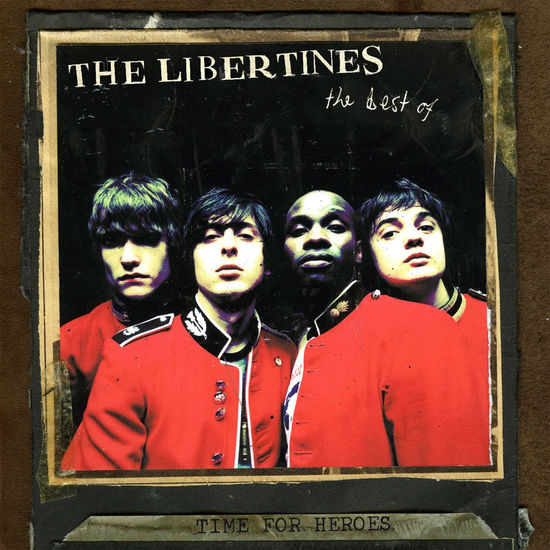 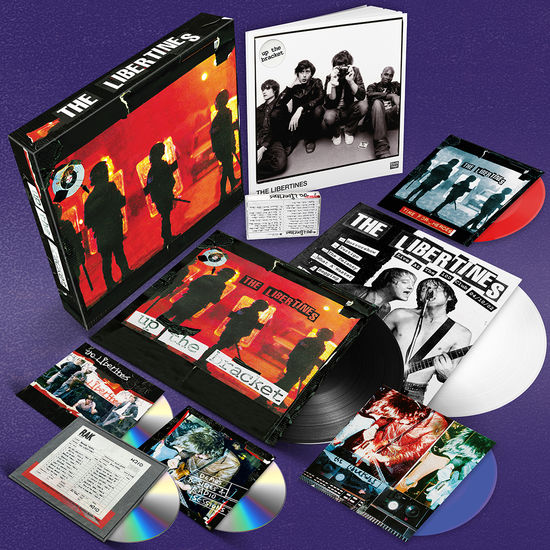 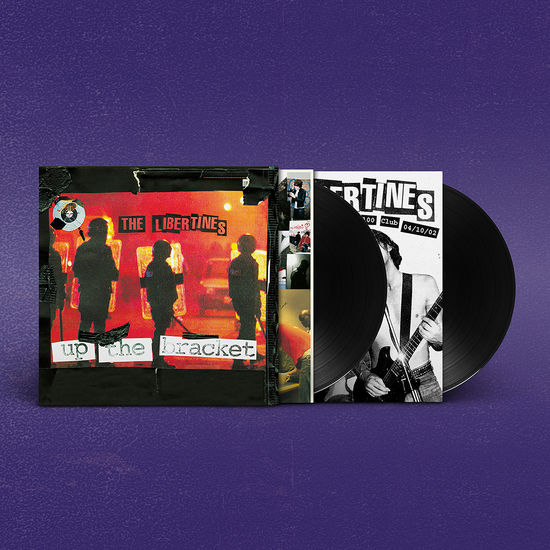