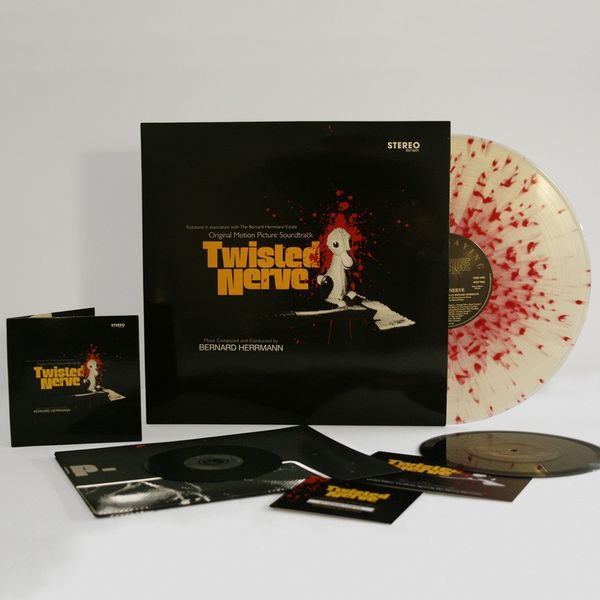 A 1968 British psychological horror film from the Boulting Brothers, ‘Twisted Nerve’ starred Hywel Bennett, Hayley Mills and Billie Whitelaw. The film itself has little to offer, however its soundtrack remains one of Herrmann's finest and, alongside the film, would have probably languished in obscurity but for the intervention of Quentin Tarantino who revived its main whistle theme for his 2002 film ‘Kill Bill: Vol. 1’, bringing Herrmann's music to a whole new audience.

At long last, the soundtrack to Elle Driver’s infamous hospital scene in ‘Kill Bill: Vol. 1’ and the inspiration for countless ringtones and samples the world over comes to record stores in 2015 - when ‘Twisted Nerve’ is released in a Super-Deluxe soundtrack package by Stylotone working closely with the composer’s family, The Bernard Herrmann Estate and with a little help from director Quentin Tarantino.

The complete Original Motion Picture Soundtrack composed and conducted by Bernard Herrmann for the Boulting Brothers’ Production of ‘Twisted Nerve’ has been Assembled, Mastered and Cut at London’s world famous Abbey Road Studios to produce a stunning Master that is “enough to make even Hitchcock jump!”.

The audio for this release has been overseen from start to finish by Grammy®-winning engineer Sean Magee, a member of the team that remastered The Beatles Catalogue in 2007 – he was also personally responsible for cutting their recent mono and stereo vinyl editions. Over 75 minutes of music – across three formats (Vinyl, CD & Download - Hi-Resolution & MP3) in two Super-Deluxe packages!

The super-deluxe package has been produced to the absolute highest possible standard as if it had been released at the same time as the film, having sourced manufacturers who are able to produce all the parts on exactly the same machines as used in the 1960s. The ‘Twisted Nerve’ Super-Deluxe soundtrack package will be available in two “blood-spattered” coloured vinyl editions - one yellow and one transparent - featuring spot laminated 320gsm tip-on gatefold sleeves. Each edition includes:

● An expanded ‘Vinyl’ replica CD, housed in a scale-copy of the gatefold sleeve - containing the LP programme plus unused alternate and rehearsal takes and the original ‘Whistle’ sessions.

● An exclusive free 45rpm three-track radio promo 7” single featuring pop and jazz versions of the film’s main theme – arranged and conducted, at the composer’s request, in 1968 by composer Howard Blake OBE (‘The Duellists’).

● A download card offering exclusive access to high-resolution 24-bit WAV and 320kbps CBR MP3 digital downloads of the entire deluxe soundtrack package and more. Alongside both the vinyl and CD album presentations, purchasers can download the complete unedited recording sessions, experiencing at first-hand what it was like to be in the same studio as Bernard Herrmann!

● A 30” x 40” (762mm x 1016mm) British Quad Film Poster, newly commissioned to complement the soundtrack album artwork. The poster has been specially printed using original 1960s production processes - matching not only the poster weight of the time but also the correct machine folds (since film posters would be machine folded and inserted into large brown envelopes before arriving in the post at cinemas – this was before digital media, kids!).

● A certificate of authenticity personally signed by Mrs Norma Herrmann, the composer’s widow. To round off the Super-Deluxe packages director Quentin Tarantino and Bernard Herrmann’s biographer, Steven C. Smith, both offer a unique and compelling insight into this legendary soundtrack with their own sleeve notes. 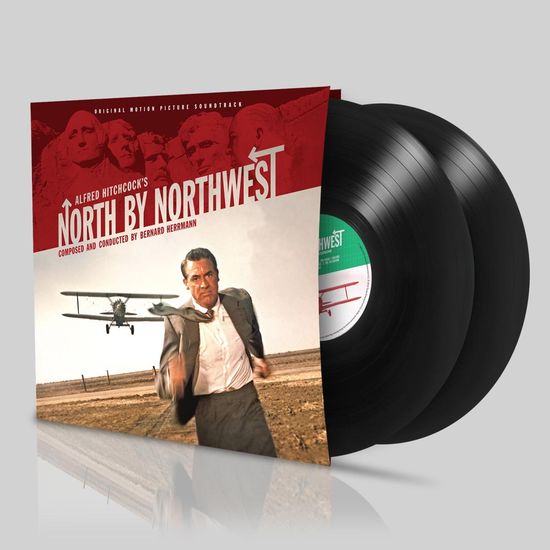 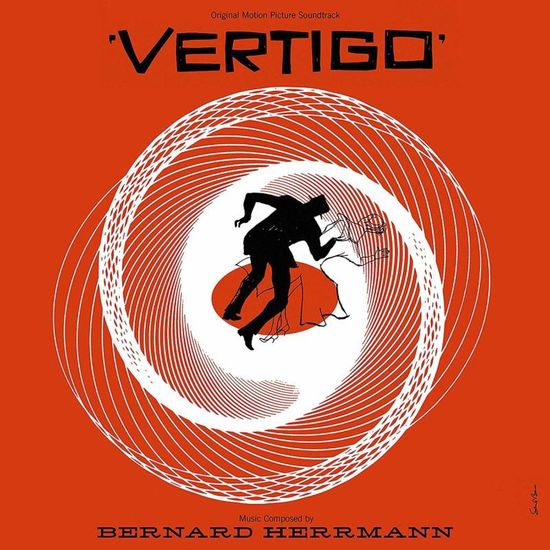