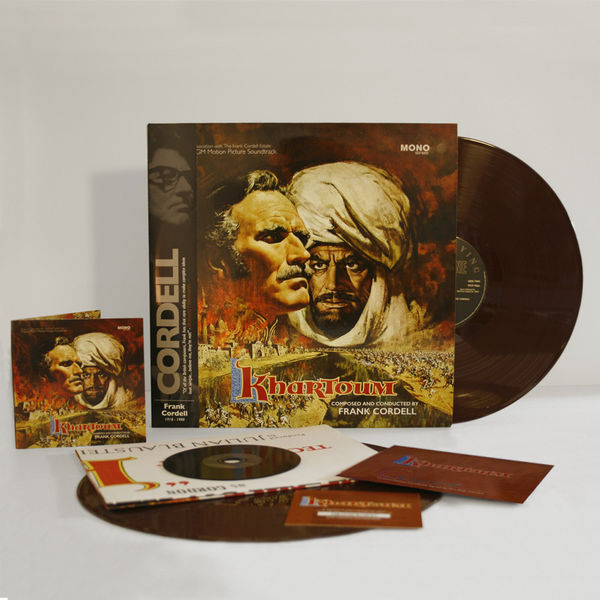 The Original Motion Picture Soundtrack composed and conducted by Frank Cordell for ‘Khartoum’ has been assembled, mastered and cut at London’s world famous Abbey Road Studios to produce a stunning new master. The audio for this release has been overseen from start to finish by Grammy®-winning engineer Sean Magee, a member of the team that remastered The Beatles Catalogue in 2007 - he was also personally responsible for cutting their recent mono and stereo vinyl editions.

This Super-Deluxe Edition package has been produced to the absolute highest possible standard as if it had been released at the same time as the film, using manufacturers who are able to produce all the parts on exactly the same machines as used in the 1960s.