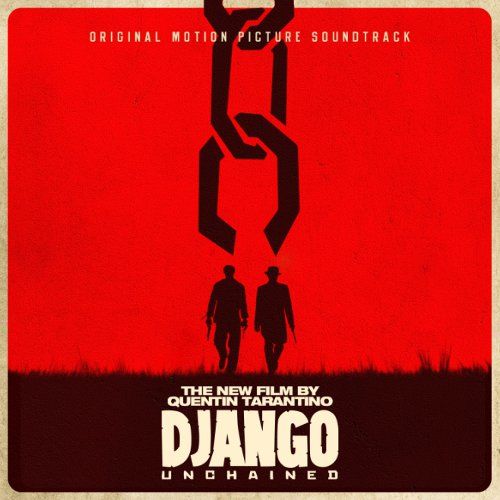 ‘Django Unchained’ is the new film from Quentin Tarantino (Kill Bill Vol 1 & 2, Inglourious Basterds, Pulp Fiction, Reservoir Dogs) and tells the story of a Dr. King Schultz (Christolph Waltz), who buys the freedom of a slave, Django (Jamie Foxx), and trains him with the intent to make him his deputy bounty hunter. Instead, he is led to the site of Django's wife (Kerry Washington) who is under the hands of Calvin Candie (Leonardo DiCaprio), a ruthless plantation owner, and Stephen (Samuel L. Jackson), Candie’s trusted house slave.

Over 6 films Tarantino soundtracks have sold a total of 2 million albums in the UK alone. This is the first time that the award winning director has collaborated with artists on original music for both the film and the soundtrack. Both feature new music from Rick Ross and Jamie Foxx, John Legend, Anthony Hamilton and Elayna Boynton, Ennio Morricone and Elisa and a new mash-up from James Brown and 2Pac.

Tarantino says of the album: “In addition to the new original songs I am also using a lot of older recordings on the soundtrack – many of which came from my personal vinyl collection. Instead of having the record companies give me new digitally cleaned up versions of these recordings from the 60’s and 70’s, I wanted to use the vinyl I’ve been listening to for years – complete with all the pops and cracks. I even kept the sound of the needle being put down on the record. Basically because I wanted people’s experience to be the same as mine when they hear this soundtrack for the first time.”

The album also includes Tarantino’s trademark snippets of dialogue from the movie.