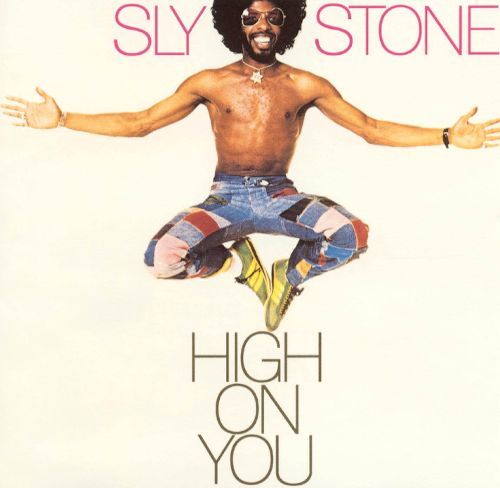 Sly Stone is a songwriter and record producer, mostly famous for his role as front man for Sly and the Family Stone. The band played a critical role in the development of soul, funk, rock, and psychedelics in the 1960s and ‘70s.

Sly Stone was identified as a musical prodigy at a young age. By the time he was seven, Sylvester had already become proficient on the keyboards and by the age of eleven he had mastered the guitar, bass, and drums as well. While still in high school, Sylvester had settled primarily on the guitar and joined a number of high school bands.

In 1993 he was inducted into the Rock and Roll Hall of Fame as a member of the group.

High On You (1975) is the first solo album by songwriter and multi- instrumentalist Sly Stone. For the most part Stone performed a large part of the instrumentation for each song on his own by using multi-tracking. The album prominently features vocalist Rudy Love and includes the singles “I Get High on You”, “Le Lo Li” and “Crossword Puzzle”.