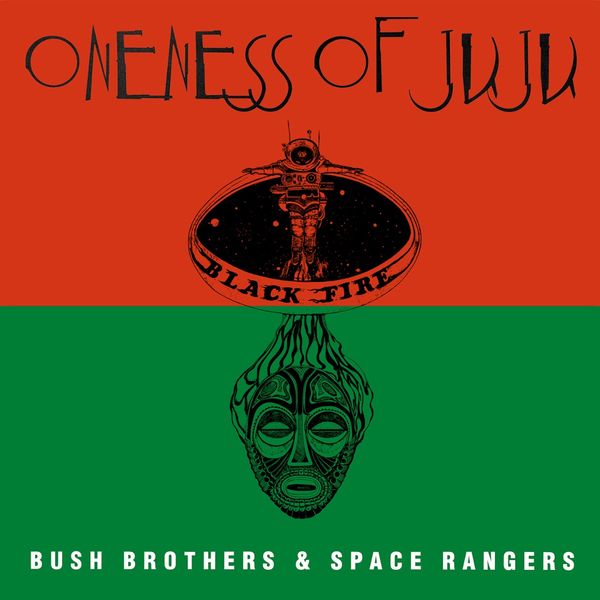 Strut continue their deep dive into the archives of Black Fire Records with a new reissue of Oneness Of Juju’s Bush Brothers & Space Rangers, showcasing the band at the peak of their powers in 1977.

Oneness had enjoyed two fruitful years with Black Fire prior to these recordings, breaking through with the African Rhythms and Space Jungle Luv albums. “When we recorded African Rhythms we didn’t use a guitar,” explains bandleader Plunky Branch. “So, when vocalist Jackie Eka-Ete and guitarist Ras Mel Glover came in in around ‘75, that moved our sound into a more soulful direction. The drummer on this album, Tony Green, was the drummer with Gil Scott Heron and he added a little more sophistication to our soulfulness. African percussionist Okyerema Asante was also fully incorporated into the band after joining in 1976. By 1977, we were in full production mode recording songs; one or two of the tracks here also feature Brian Jackson, known for his work with Gil.”

Primarily recorded at Arrest Studios in Washington DC, the album is packed with landmark Oneness tracks including ‘Be About The Future’ (“possibly the first ecology-themed song that I know of”) the George Clinton-influenced ‘Plastic’, an acoustic alternative version of ‘African Rhythms’ and strong covers of Caiphus Semenya’s ‘West Wind’ and Bobby Womack’s ‘Breezin’’. Plunky continues, “The album is composed of several different sessions featuring different personnel and only first came out as an album in its own right when Black Fire MD Jimmy Gray started working with P-Vine Records in Japan during the ‘90s. For me, it’s one of the hottest periods for the band.”

This definitive reissue is fully remastered by The Carvery from the original tapes and features original artwork and a full new interview with Oneness Of Juju bandleader James “Plunky” Branch.