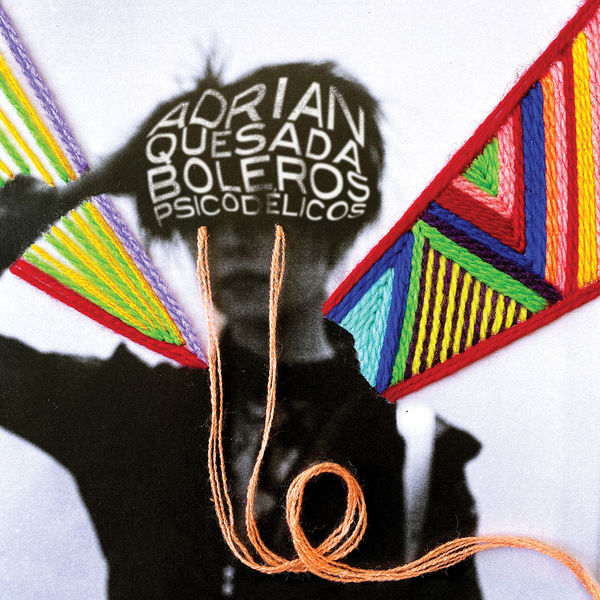 Today, Adrian Quesada announces the release of Boleros Psicodélicos, a sprawling and singular tribute to the golden era of balada music. Out June 3 on ATO Records, the brand new album from the GRAMMY-nominated guitarist, producer and Black Pumas co-founder serves as a celebration of the super funky, slightly delirious and deeply soulful sounds that transcended the cultural boundaries of Latin America throughout the late 1960s and early 1970s. Featuring vocals from Puerto Rican icon, GRAMMY-winner and former Calle 13 member iLe, Colombian-American visionary Gabriel Garzón-Montano, Mexican R&B star Girl Ultra, as well as Angelica Garcia, Gaby Moreno, contributions from living legends such as Marc Ribot and Beastie Boys musician Money Mark, and many more, Boleros Psicodélicos consists primarily of original Adrian Quesada compositions, as well as covers of La Lupe’s “Puedes Decir De Mí,” Jeanette’s “El Muchacho De Los Ojos Tristes” and other balada classics. All twelve tracks were produced, engineered, mixed and largely performed by Adrian Quesada, honoring and extending the influence of a personal obsession that he has cultivated over the past 20 years.

While Adrian Quesada grew up bilingual, living on the Texas/Mexico border city of Laredo, it was in the early 2000s during a drive around his current home of Austin when he first encountered the tripped-out, baroque, melodramatic anomaly of a Peruvian band called Los Pasteles Verdes. Their 1975 balada hit “Esclavo y Amo,” recreated with Natalia Clavier on Boleros Psicodélicos, blasted from a local AM radio station and blew Quesada’s mind. After pulling his car over in awe, he went to a record store specializing in regional Mexican music, picked up a greatest hits compilation and, in turn, a lifelong obsession took root.

Fast forward to 2020 and the COVID-19 lockdown sent Quesada deeper down the rabbit hole than ever before. Poring over YouTube archives, his knowledge extended from bands like Los Pasteles Verdes and Los Ángeles Negros to artists such as Sandro and José José, as his sonic palette expanded from reverb-heavy guitar and organ to the harpsichords and orchestral arrangements that define so much of balada’s romance. As a master collaborator who has worked with the likes of Prince, Los Lobos and Wu-Tang’s GZA, Quesada began to compile a list of vocalists to join him in penning an album-length love letter to the genre, including artists and musicians he knew would either immediately understand the music, discover their own affection, or take him out of his comfort zone with inspiration from unexplored styles and sources.

Similar to his acclaimed 2018 album Look At My Soul, which traced the deep roots and relationship between Latin and Texas music, Adrian Quesada sees every song on Boleros Psicodelicos as both a history lesson and a step towards a newly imagined, more united future:

“I always wanted to pay tribute to that sound that I was already hearing in my head without realizing that people had already done it. Balada changed the face of Latin music forever. If something like that happened today, it would be normal because everyone’s connected on Instagram. Think how powerful this sound had to be for everyone to be connected through the songs. As someone who grew up speaking two languages and living on both sides of the border, I love how much music can transcend barriers and boundaries. It really is a universal language, especially back then.”