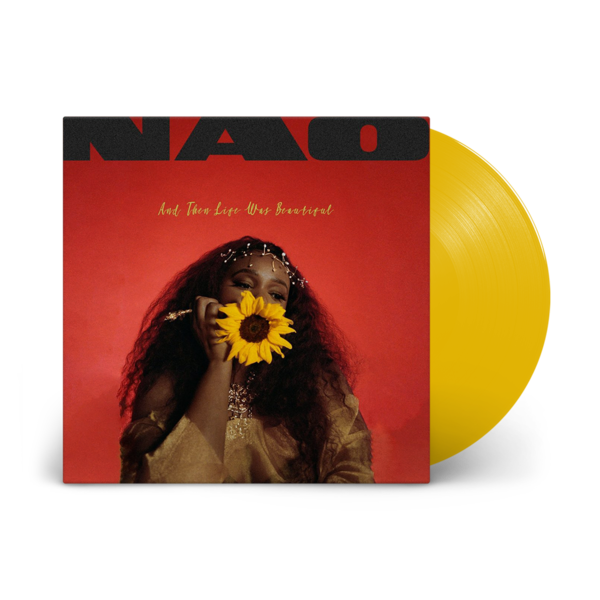 And Then Life Was Beautiful: Limited Edition Yellow Vinyl LP

After her most recent hit ‘Messy Love’, which received huge praise from key tastemakers such as BBC 1Xtra, Clash, Notion, Complex and more, NAO finally announces her highly anticipated, third studio album ‘And Then Life Was Beautiful’, the follow-up from her critically acclaimed, Mercury Prize and Grammy-nominated album ‘Saturn’. ‘And Then Life Was Beautiful’ is out September 24th .

While her previous project propelled the singer-songwriter into a new stratosphere with its cosmic, coming-of-age themes, the songstress is now entering a brand new chapter with ‘And Then Life Was Beautiful’ - where ‘Saturn’ untangled the knots of late twenties soul-searching, ‘And Then Life Was Beautiful’ goes a step further by setting out a clarified sense of purpose. Now a mother of a young daughter, NAO is more confident in herself and her voice than ever. A pandemic album, written and recorded throughout never-ending lockdowns, the project celebrates life’s ups and downs, reaching out a hand to guide listeners through what hurdles may confront them next. It includes previously released tracks ‘Antidode’, featuring Nigerian superstar Adekunle Gold, ‘Woman’, featuring Lianne La Havas, which she recorded with her new-born daughter strapped lovingly to her chest, as well as ‘Messy Love’, a stunning offering loaded with strummed guitar grooves and drum rhythms rooted in 90s R&B. For the former she recently revealed a mesmerising Lisette Donkersloot-directed music video, boasting a radiant spectrum of stunning highly saturated and otherworldly colours. The visuals see NAO surrounded by eccentric dancers who hold onto her as she is ready for a new cycle of life - watch here.

Other notable stand-out tracks include ‘Wait’, a stripped-back track which takes an intimate look at how you make mistakes to develop a relationship, and ‘Postcards’, highlighting a gorgeous vocal interplay of NAO and serpentwithfeet, who features alongside her on the track. For ‘Good Luck’, R&B crooner Lucky Daye jumped on board.

She says: “Life isn’t perfect; we still go through ups and downs, but it can be beautiful as a whole. I do think it’s a hopeful album, in an honest way – it’s not shiny or all ‘isn’t this great!’ and ‘party party party.’ But it’s hopeful in that through every rough patch, every dark patch or struggle we always come out again. That’s what life is. You keep going. But most of all you try and step into a place of gratitude so that you can see life in all of its beauty.” 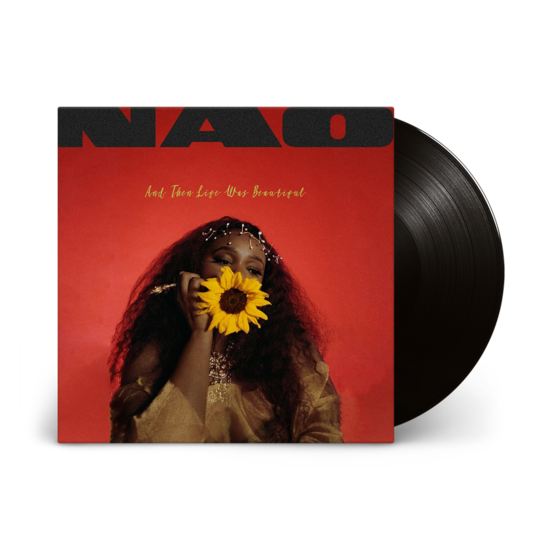 Nao
And Then Life Was Beautiful: Black Vinyl LP
Vinyl LP
US$30.90
In Stock