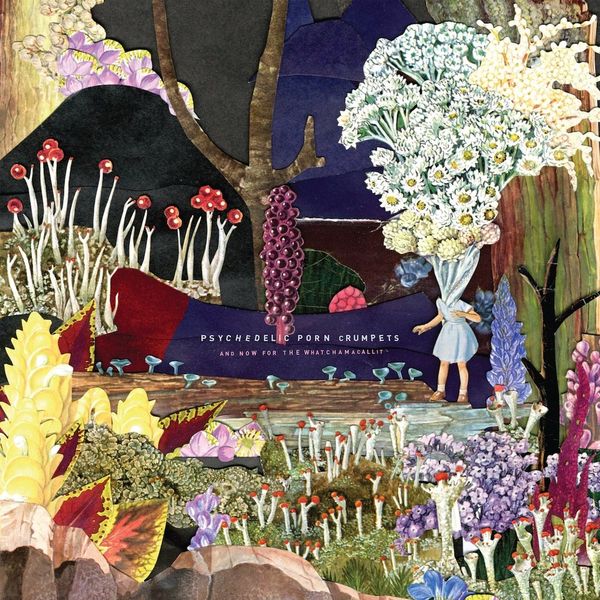 AND NOW FOR THE WHATCHAMACALLIT

The new album marks an exciting new chapter for Psychedelic Porn Crumpets. Recorded between frontman Jack McEwan’s bedroom and Tone City Studios in Perth, mixed by Michael Jelinek (Gunns)and mastered by John Davis (Gorillaz, The Killers), And Now For The Whatchamacallit is representative of the development in the band’s huge sound, and their most anticipated release yet. “The original concept was to take a 1930’s carnival that had been re-imagined for future generations, a collage of Punch and Judy, Carousels and coconut shy’s that progresses in musical concepts and travels with the listener. Then as we started traveling I was swept off into my own kind of circus, the odyssey of touring life. Large nights out, larger characters, drunken recollections of foreign cities and rabbit hole-ing into insanity.