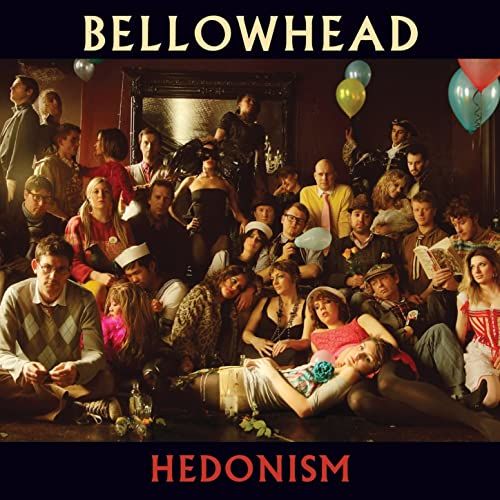 Limited Edition John Leckie-produced, Abbey Road-recorded 10th anniversary red/black marble effect vinyl with new liner notes from each member of the band. Released 10 years ago, this, the third proper album by folk titans, Bellowhead, became the highest selling independently released folk album of all time. Quickly shifting over 60,000 copies (that figure now closer to 80,000) and going silver, this John Leckie-produced classic is a must-have for any contemporary folk connisseur. The eleven piece band were an unmissable fixture on the folk circuit from 2004 until their split in 2016, noted for their frenetic live performances, which drew from a variety of sources including dance tunes, traditional folk and sea shanties. Lead single, ‘New York Girls,’ was a radio favourite, enamoured by everyone from Chris Evans to Simon Mayo to Mark Radcliffe and was even performed twice on Jools Holland’s ‘Later’ show. Formed in 2004, Bellowhead scarcely imagined that one day they’d be headlining major UK and international festivals and selling out tours of major concert halls, or that they’d sell in excess of 250,000 albums. Bellowhead are the proud recipients of two silver discs and have won a total of eight BBC Radio 2 Folk Awards. The band’s last studio album ‘Revival’ (2014) was released by Island Records, entered the UK Album Charts at no.12 and led to three BBC Radio 2 play-listed singles, as well as appearances on mainstream TV.