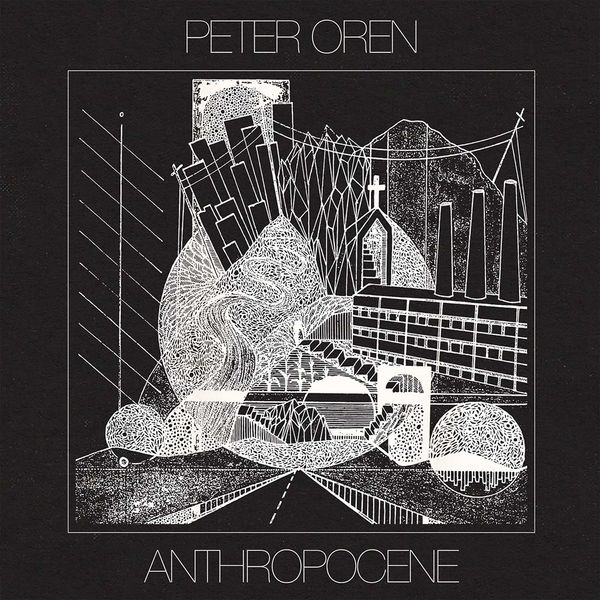 Coloured vinyl edition is exclusive to Indie stores. Indiana-born, everywhere-based singer-songwriter Peter Oren possesses a remarkable singing voice, low and deep and richly textured: as solid as a glacier, as big as a mountain. Similar in its baritone gravel to Bill Callahan, a hero of his, it rumbles in your conscience, a righteous sound that marks him as an artist for our tumultuous times, when sanity seems absent from popular discussions. His voice is ideally suited to confront a topic as large and as ominous as the Anthropocene Age. That term is relatively new, reportedly coined in the 1960s but popularized only in the new century to designate a new epoch in the earth’s history, when man has exerted a permanent—and, many would argue, an incredibly deleterious—change in the environment. Sea levels are rising, plants and animals facing mass extinctions; it may be humanity’s final epoch, which makes it a massive and daunting subject for a lone singer-songwriter to address, let alone a young musician making his second full-length record. But Oren has both the singing voice and the songwriting voice to put it all into perspective. The songs on Anthropocene, his first album for Western Vinyl, are direct and poetic, outraged and measured, taking in the entire fucked-up world from his fixed point of view. Oren attracted the attention of Ken Coomer, the former drummer for Wilco and a producer in Nashville. Together, the duo assembled a backing band featuring some of the city's finest session musicians, including keyboard player Michael Webb (John Fogerty), singer Maureen Murphy (Zac Brown Band), and guitarists Sam Wilson (Sons of Bill) and Laur Jaomets (Sturgill Simpson). On Anthropocene they provide stately backing for Oren's songs, with drips of pedal steel and quivers of strings subtly reinforcing his observations about the state of the world. "Throw Down" bristles with energy and resolve, penned for "the people on the far, far left," Oren says, "the anarchists and the rioters. There's not often a voice that's trying to understand those people or defend those positions."