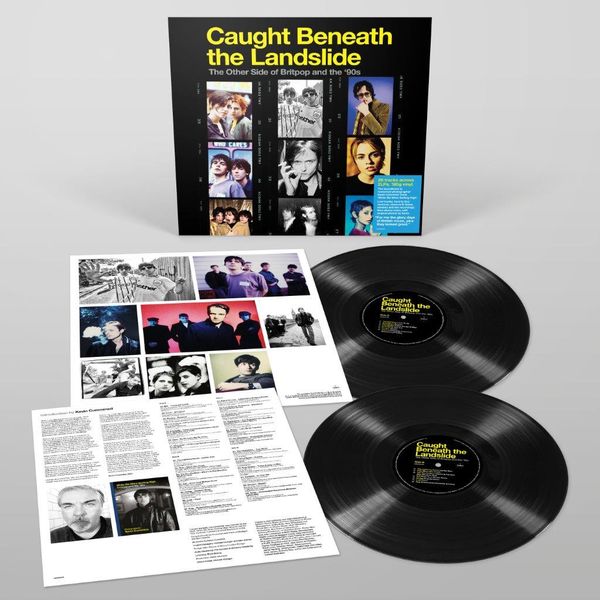 Compiled by Kevin Cummins, one of the world’s leading music photographers, famed for his iconic portraits of David Bowie, Patti Smith, Joy Division, The Smiths, New Order and Oasis 26 classic tracks, lost gems, live and alternative versions, b-sides and single edits from the Britpop era Includes all of the key acts including Oasis, Blur, Pulp, Suede, Elastica, Radiohead, Lush, Supergrass, Menswear and Gene Also features The Auteurs, The Charlatans, Echobelly, Ash and Sleeper. Complete with original photos from Kevin’s collection. For more than a decade Kevin Cummins was chief photographer at the NME, – the world’s biggest selling rock weekly – where his award-winning pictures were a major contributing factor in the rise of the Post-Punk and Madchester. It also meant he was and in a prime location to witness and participate in the musical and cultural phenomenon in the first half of the ‘90s, that was variously tagged Britpop or Cool Britannia. In 2020 Cassell Illustrated published his book ‘While We Were Getting High: Britpop and the ‘90s’, a collection of Kevin’s breath-taking photographs that captured an extraordinary moment in Pop music history. Rough Trade Shops included it in their Book of the Year list, while GQ magazine effused, “To flip through the book is to be immersed back in the glory days of Cool Britannia… and it’s just as cool as you remember.” Now Kevin has compiled ‘Caught Beneath The Landslide: The Other Side of Britpop and the ‘90s’, a companion collection to his book on 71 track 4CD set. It brings together artists that topped the chart and set the agenda, some who were lauded one week and laughed at the next, and others who were just along for the ride. From an era of Lad’s mags and Girl Power, “football’s coming home” and chart battles making news headlines, it brings together Oasis and Blur, Pulp and Supergrass, Sleeper and Suede, Elastica and Echobelly, Gene and Menswear, and many more. Kevin Cummins: “It was always my ambition to have a companion album to the book, a chance to enjoy the music of that era, music as timeless as the images. When I was selecting photos for my book, I took to Twitter to ask fans if certain bands could be considered part of the genre. Several musicians joined in to deny they were ever part of Britpop. The Manics were never considered part of the genre, nor Primal Scream, and much as I would have like to include them I chose not to. So it pleases me that we can feature both bands and many more in this collection, with its broader take on Indie music in ‘90s Britain.”