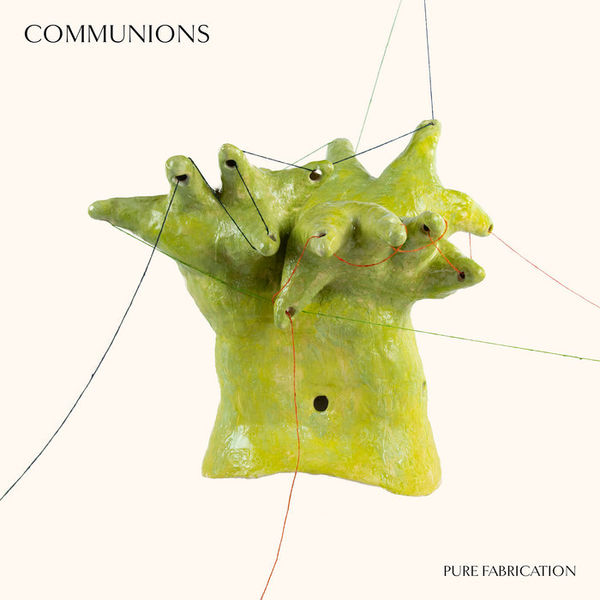 Few Danish bands have been so far around the block at such a young age as Communions. In 2014, while still in highschool and still shaking dust from the rafters of Mayhem — Copenhagen’s famed underground venue — Communions released their debut EP Cobblestones. The release marked the beginning of a long and productive streak for the band, who followed it up with the 2015 Communions EP, the 2017 album Blue, a string of self-released singles and an EP, Flesh and Gore, Dream and Vapor, in 2019. Now Communions have joined Tambourhinoceros with a new, reshaped constellation. Communions’ Rehof brothers — Martin (vocals and guitar) and Mads (Bass) — have decided to continue at the helm of the band after the departure of their long-time bandmates Jacob van Deurs Formann and Frederik Lind Köppen (although the two still feature in the forthcoming Communions recordings). Letting their brotherly musical connection take center stage, the Rehof brothers have assembled a new five piece constellation around themselves going forwards, adding even more depth to their indie rock. Communions’s early work drew inspiration from the underground scene’s punk cynicism, evidenced by their lofi debut EP which was recorded — with amps blaring — straight onto a USB microphone. Communions’ next two EPs and debut album saw the band refine their craft of songwriting and production while riding a wave of international attention and festival performances. Their forthcoming music now represents another shift in the Communions aesthetic. Marked by sharp cultural criticism, self reflection, and artistic commentary of a grand scale, Communions’ new music takes the signature indie rock from the dark clubs of their youth and merges it with full-fleshed cerebral critique and symbolism.