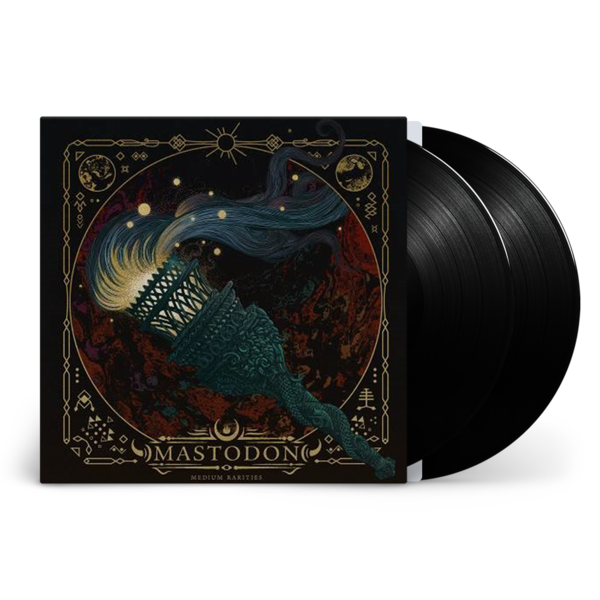 The band explains, “‘Fallen Torches’ is an unreleased track from Mastodon that will appear for the first time on Medium Rarities. This classic Mastodon track was recorded in Atlanta in 2019, originally planned to be released in support of a European tour, the track was delayed so the band could focus on the release of Stairway to Nick John, a tribute to their late, long time manager Nick John, with proceeds going to the Hirshberg Foundation for Pancreatic Cancer Research in his honour. ‘Fallen Torches’ is written by Mastodon and features guest vocals by longtime friend and collaborator Scott Kelly from the band Neurosis.”

Medium Rarities presents a bevy of classic covers, soundtrack contributions, instrumentals, B-sides, and live recordings on one complete package for the very first time. Among an eclectic array of covers, the musicians tackle “A Commotion” by Feist, “A Spoonful Weighs A Ton” by The Flaming Lips, and “Orion” by Metallica. It also features soundtrack cuts such as “White Walker” [Game of Thrones] and “Cut You Up With A Linoleum Knife” [Aqua Teen Hunger Force]. Meanwhile, they get under the hood with instrumental versions of “Asleep in the Deep,” “Toe To Toes,” “Jaguar God,” and “Halloween.”

Another new Mastodon track “Rufus Lives” will be included in the forthcoming Orion Pictures film Bill & Ted Face The Music, expected to be released in September 2020. Written, performed and produced by the band and recorded in their hometown of Atlanta, the track will also appear exclusively on the film’s official soundtrack album. Further details to be revealed shortly.

The anniversary celebration only continues. At the moment, Mastodon are hard at work on their anxiously awaited ninth full-length and first record since the GRAMMY® Award-winning Emperor of Sand in 2017.