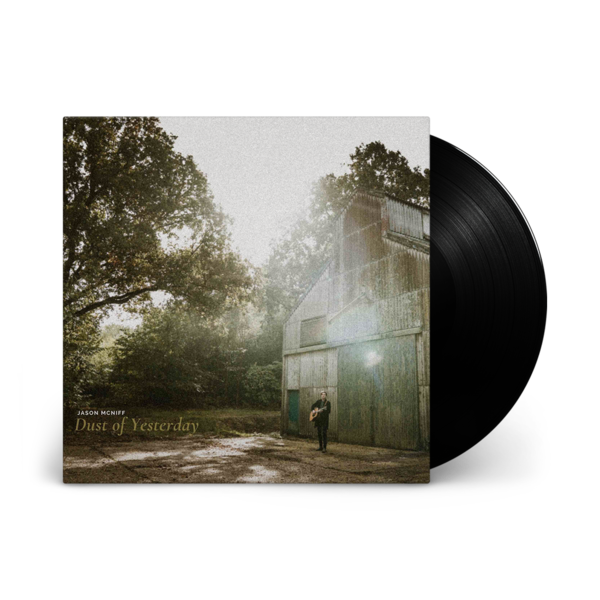 Songwriter and fingerstyle guitarist, Jason McNiff releases his 7th full length album, Dust Of Yesterday, on April 16th. Produced and engineered by Roger Askew (Joe Strummer, Wilko Johnson, Christy Moore) the album was recorded throughout the summer and autumn of 2020 in Roger's home studio in Eastbourne, UK. It features McNiff's signature acoustic guitar work throughout with significant contributions from Beth Porter (of Eliza Carthy's band) on cello and Basia Bartz (most London based folk bands) on violin. His first album since leaving London - McNiff is now based in Hastings - Dust of Yesterday is an elegy on moving away from a beloved place and a lament for lost youth. We are treated to a musical tour of McNiff's life to date, from his 8-year residency as a Flamenco guitarist in a Spanish bar in Waterloo (Damaged Woman) to hopping the northbound train from King's Cross, hiding in the lavatory up to Nottingham (A Load Along). All the songs on Dust of Yesterday, in one way or another, speak of the past. But it is not bleary-eyed nostalgia. "I read somewhere that it is possible to literally change the past and I became very interested in this idea. It so happened around the same time that I discovered the Greek/Egyptian poet, Cavafy. In his poems he would talk about the past, but the memory is not a thing of the past, but something that is still part of him in the present. I could relate to that." Musically, Jason is influenced by the British acoustic guitarists (Jansch, Graham, Wizz Jones) and the great folk/rock troubadours of the 60s and 70s. He loves Mark Knopfler in the early days; the English teacher turned reluctant rock star, singing about Leeds and Newcastle and sounding like JJ Cale. For McNiff, the lyrics are central, and he has been especially captivated by those considered poets and writers as well as musicians. He loves literature and cites Hemingway, Chekhov and the aforementioned Cavafy, as major influences in his work. ( He has 'translated' Hemingway's 'For Whom the Bell Tolls' into a song on a previous album, 'Nobody's Son')