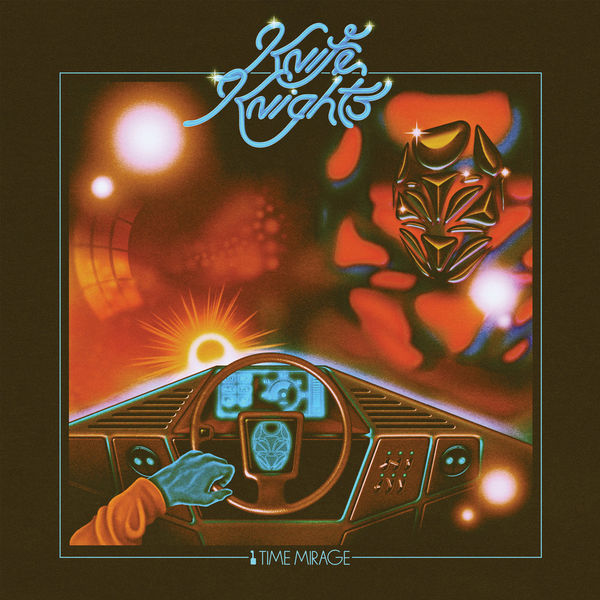 Knife Knights were born of the love of mystery. From the start of Shabazz Palaces - the groundbreaking project launched in 2009 by former-Digable Planets leader Ishmael Butler - confidentiality seemed essential: Butler wanted Shabazz Palaces to stand on its own strength, not his outsized reputation, so he adopted a nom de plume for himself. As the project’s network expanded, though, he needed new monikers for his partnerships. Knife Knights is the name he gave to his work with Seattle engineer, producer, songwriter and film composer Erik Blood, a vital force in the Shabazz Palaces universe.

Now, after more than a decade of collaboration and the development of a rich friendship, Butler and Blood have made a proper full-length record together as Knife Knights: ‘1 Time Mirage’, an eleven-track odyssey that finds the pair and a cast of their friends weaving together a singular world of soul and shoegaze, hip hop and lush noise, bass and bedlam. ‘1 Time Mirage’ represents a playground for Butler and Blood, a free space for unfettered exploration and a radically adventurous start to something much more than a mere production duo or side project.

Recorded in three fertile sessions interrupted by Shabazz Palaces tours and Blood’s recording projects, ‘1 Time Mirage’ is a profound fulfilment of the partnership, realized at the crossroads of Butler’s and Blood’s mutual enthusiasms. Their shared interests have been split into pieces and fused together with enviable imagination. In the decade since Butler launched Shabazz Palaces and first christened his partnership with Blood as Knife Knights, much of the external mystery has, of course, fallen away. The early sense of secrecy has given way to a spirit of friendship and creative candor, to the doors of experimentation being thrown open by old pals thrilled by the prospect of testing new ideas.

Still, these eleven songs retain a core of intrigue and, indeed, mystery; each listen reveals yet another connection between infinite and interlocking pieces. To wit, Robert Beatty’s brilliant cover for ‘1 Time Mirage’ depicts a futuristic vehicle, being coolly steered with one hand into some great, mildly ominous unknown. That’s how these songs feel, too - confident conquests of the dark that unlock sounds and spaces you have yet to imagine.