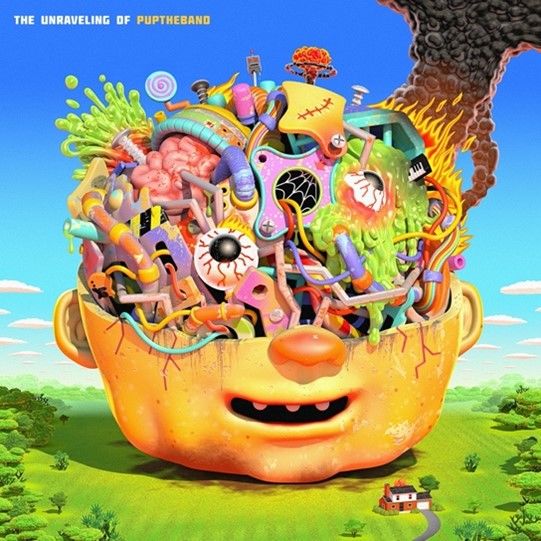 The Unraveling Of PUPTHEBAND Vinyl

Toronto punk heroes PUP—comprised of Stefan Babcock, Nestor Chumak, Zack Mykula, and Steve Sladkowski— are releasing their next studio album The Unraveling Of PUPTHEBAND on 1 April, 2022, to be followed by a UK headline tour in October 2022. PUP released Morbid Stuff in 2019 to critical acclaim. They then greeted 2020 with the aptly titled EP, This Place Sucks Ass, and the live album Live at The Electric Ballroom, the proceeds of which raised almost $30k for Critical Resistance + Breakaway Addiction Services in Toronto.

Their latest singles ‘Waiting’ and ‘Kill Something’, the first tracks released in anticipation of their new album, were produced by GRAMMY-Award winner Peter Katis (Interpol, The National, Kurt Vile). ‘Waiting’ was played on the BBC Radio 1 Rock Show and is featured on Kerrang! Radio’s evening playlist. The band was featured on the cover of Spotify’s New Punk Playlist, in addition to securing coveted spots on multiple Amazon Music and Apple Music playlists. The lead single also saw press coverage from The Guardian, NME, Kerrang!, and DIY, to name a few.

PUP’s next highly anticipated single ‘Robot Writes A Love Song’ drops on 18 January and is already guaranteed support and a first play from Kerrang! Radio. The release will be coupled with an album announcement and pre-order launch.