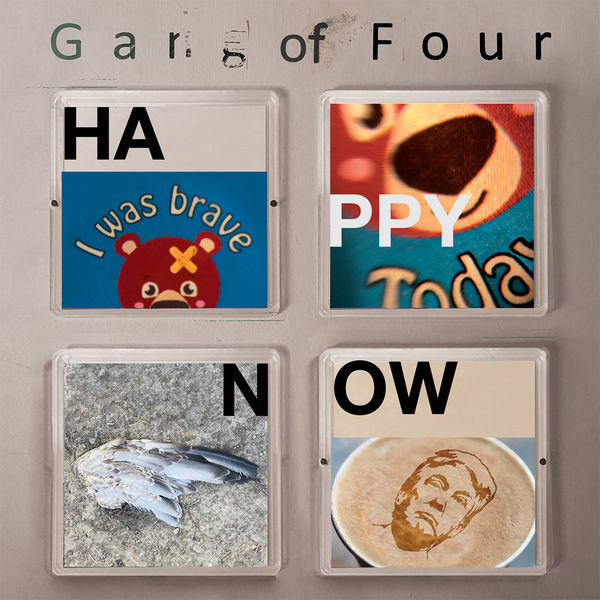 Pioneering post-punk band, the Gang of Four were formed in the bricolage punk rock fallout culture of late seventies Leeds – a place where art was a mirror and guitars were machine guns. Gang of Four tore up the template and made sense of the question marks thrown up by year zero.

They redesigned rock in the punk aftermath, taking the incendiary energy of the form and crisscrossing it with funk, stripping away the baggage of rock excess and creating a new stripped-down music that was full of agit energy, heavy grooves, shrapnel guitars and politically charged lyrics matching the fervour of the times. Swerving trad rock rhythms, the beats were invented from scratch and every instrument played a pivotal role in the sound in a non-hierarchical structure.

The band then bounced around the music business releasing a series of albums that have been a direct inspiration to a diverse selection of bands who wanted to deconstruct rock music without losing its sense of excitement, from the surrounding post-punk generation to the big bands that followed. The Red Hot Chili Peppers, INXS, R.E.M., U2, Rage Against the Machine, Nirvana and Massive Attack have all spoken of their debt to Gang of Four.

More recently, the band’s influence has become almost universal—now everybody talks about Gang of Four. From Franz Ferdinand to St Vincent, from Sleater Kinny and James Murphy of LCD Soundsystem to Nine Inch Nails: today's creators of angular rock music have GO4's influence and imprint all over them. The band is reaching an urban audience with Frank Ocean sampling them on his latest album and Pharrell name-checking the band in his interviews.

Inevitably GO4 disbanded in 1984 but reformed later that decade, since then releasing a series of albums that emphatically demonstrate their capacity for invention and twisting energy. The line-up now includes Thomas McNeice—the bass player joined in 2008—and John ‘Gaoler’ Sterry, who has supplied vocals since 2011.