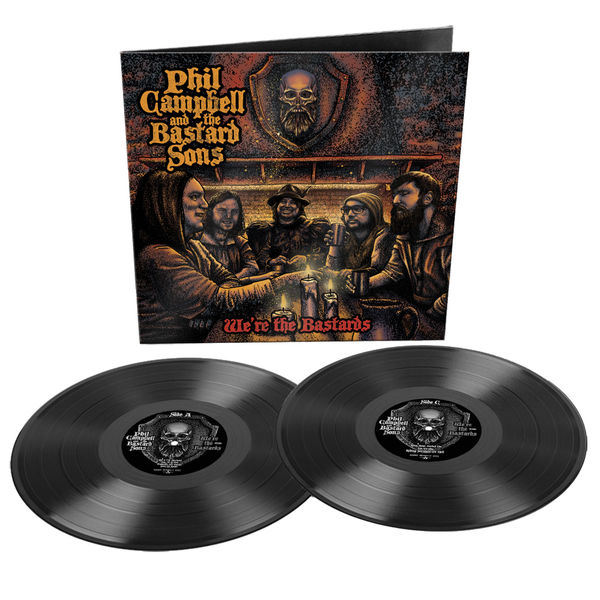 We Are The Bastards: Limited Edition Gatefold Double Vinyl

There is no easy course to triumph and glory in rock’n’roll. Even for bands with a natural gift for making the ground shake, hard work and many gallons of blood, sweat and tears go into making the magic happen. Even then, it’s always down to the people to decide who rocks and who doesn’t. And the people have declared that PHIL CAMPBELL & THE BASTARD SONS are the real fucking deal. Formed in the aftermath of Motörhead’s dissolution, following the death of Lemmy Kilmister in 2016, PHIL CAMPBELL & THE BASTARD SONS were always going to draw a crowd at any discerning rock or metal festival. Led by one of the genre’s most respected guitarists and completed by his sons Todd (guitar), Tyla (bass) and Dane (drums) and powerhouse frontman Neil Starr, the band emerged onto the 2017 touring circuit powered by a huge amount of good will, a smattering of Motörhead covers and a handful of new songs that crackled with passion and swagger. Landing themselves a prestigious support slot on Guns N’ Roses 2017 summer arena run, the Bastard Sons hit the ground running. Whether it was the promise of hearing a few old Lemmy gems or simply that PHIL CAMPBELL & THE BASTARD SONS were too good to ignore, the response to those early shows was uniformly ecstatic and extremely rowdy. By the time the BASTARD SONS released their debut album, The Age Of Absurdity, in January 2018, this honest rock ‘n’ roll enterprise had organically blossomed into a pretty big deal. The album garnered widespread great reviews, picking up a trophy for ‘Best Debut Album’ at Metal Hammer Germany’s 2018 awards Fast forward to 2020 and, just like everyone else, PHIL CAMPBELL & THE BASTARD SONS had to cancel a lot of carefully-laid plans when the global pandemic descended on us all. But as if to confirm their absolute dedication to blowing people’s heads off with thunderous rock’n’roll, the band refused to cancel plans to record a follow-up to their widely lauded debut. Recorded and engineered during lockdown by guitarist Todd Campbell, the second BASTARD SONS album may be just the tonic people need right now. It’s called We’re The Bastards and it’s bigger, better and even more raucously uplifting than its predecessor. In fact, it’s the sound of a great band hitting their stride and buzzing with confidence. Kicking off with the anthemic bluster of its title track, We’re The Bastards is instantly recognisable as the work of the band that brought us previous ragers like Ringleader and Get On Your Knees. But it’s also a much more diverse and adventurous affair, as Starr and the Campbells expand their vision to include a greater sense of dynamics and atmosphere and even. Contrasting the expected fiery, bellow-along gems like Son Of A Gun and Bite My Tongue, the swaggering, bluesy “Born To Roam” and the hazy stoner rock stomp of Desert Song point to an instinctive grasp of Americana’s influence on heavy rock. Similarly, there’s a world of difference between something as gritty and gung-ho as the two-minute Destroyed and the spacious and epic grunge squall of closer Waves. But the BASTARD SONS’ self-evident shared chemistry and abundant charisma ensure that everything slots neatly into place on a wonderfully cohesive piece of work that feels like a sincere celebration of rock’s uplifting power. One of the most explosive album openers in recent memory, We’re The Bastards neatly encapsulates the BASTARD SONS philosophy while also being a very obvious and magnificent instant live favourite. Neil Starr admits that there was only ever one possible option for the new album’s title, even if he can’t take credit for it himself! One enormous favour the band have done themselves this time around is nominating guitarist Todd Campbell to record and engineer the new material at his studio in Wales. We’re The Bastards sounds absolutely huge and wonderfully vibrant and alive: a dazzling showcase for the talent in the BASTARD SONS ranks. Mixed and mastered by Soren Anderson (Glenn Hughes/The Dead Daisies/The Answer) it’s such a powerful and convincing leap forward for all concerned that we can only imagine how frustrating it is to be releasing it into such a strange, gig-less world. This is music that demands to be recreated amid the chaos and joy of a live show. Eventually, of course, it will be. Proving that their acclaimed debut was no fluke and deftly capturing the sizzling essence of their celebrated live shows via their strongest and most exhilarating material to date, PHIL CAMPBELL & THE BASTARD SONS will be ready for action whenever the music industry starter’s pistol is fired. In the meantime, We’re The Bastards is exactly the turbocharged kick up the arse we all need while we wait for our rock’n’roll family to be reunited. Play it loud and be ready! 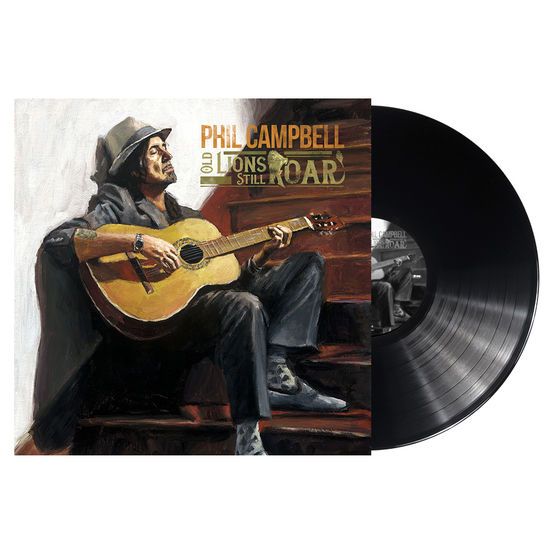