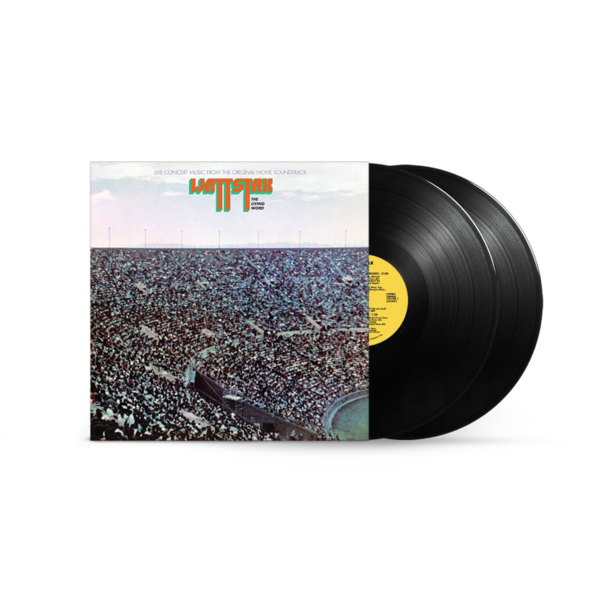 To celebrate the 50th anniversary of the iconic Wattstax event that took place at the L.A. Memorial Coliseum on 20th August 1972, Stax Records is reissuing “Wattstax: The Living Word”. Featuring performances from the festival by Isaac Hayes, The Staple Singers, The Bar-Kays, Rufus Thomas, Carla Thomas, Albert King and more.

Wattstax was a benefit concert organized by Stax Records in conjunction with the Watt Summer Festival to commemorate the seventh anniversary of the 1965 Watts riots in Los Angeles. Attended by more than 100,000 people and lasting 7 hours, the concert took place at the Los Angeles Memorial Coliseum on August 20, 1972, and featured a mix of Soul, Funk and Gospel. It featured performances by Stax’s biggest artists with a line-up that included Isaac Hayes, the Staple Singers, Rufus Thomas, Johnnie Taylor, the Bar-Kays and many more. Rev. Jesse Jackson was featured at the event, acting as MC for the day and opening the event with his often referenced ‘I Am Somebody’ speech. A 2-LP soundtrack of the concert’s highlights was releases several month later selling more than 500,000 copies just weeks after its release. This was followed in 1973 by the Mel Stuart directed concert film ‘Wattstax’ which features Richard Pryor as the host of the film and went on to be nominated for a Golden Globe award for Best Documentary in 1974. In 2020, the film was selected for preservation in the United States National Film Registry by the Library of Congress as being “culturally, historically, or aesthetically significant”. (Note: The film at the US National Film Registry by the Library of Congress also includes an essay by Al Bell, the President/owner of Stax at the time of the concert).