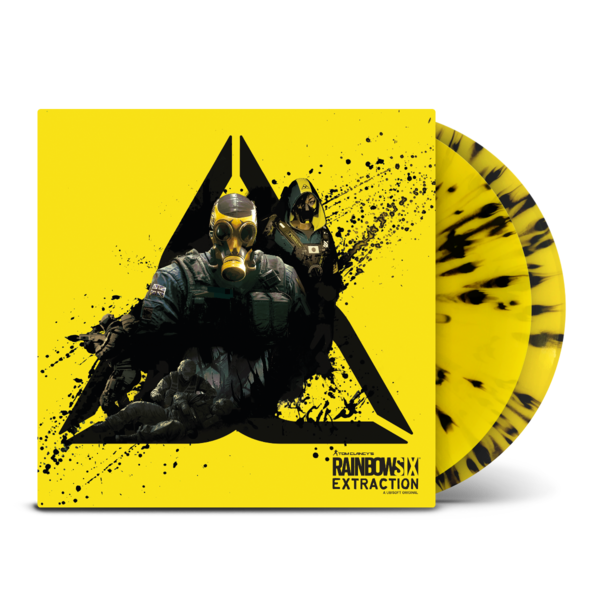 James Duhamel And One Take Tigers

Co-op squadmates Laced and Ubisoft have extracted the spine-tingling electro-acoustic soundtrack to Rainbow Six Extraction and will infuse it into the ultimate form of analogue audio.

The double LP will see ‘REACT splatter’ discs slip into a deluxe gatefold sleeve adorned with artwork by the team at Ubisoft Montréal. 19 tracks mastered for vinyl by sonic special ops agents will be pressed to heavyweight LPs.

Composer James Duhamel teamed up with the One Take Tigers (the snappy nickname for the audio wizards at Ubisoft Montréal) to create an uneasy and mysterious generative real-time underscore for Extraction. The cue fragments queued up in the game comprise electronic sounds created by rabid synth-collector Duhamel and an array of acoustic instruments recorded by he and the ’Tigers — all synced to the same bpm and key to help the building blocks fit together.

The ‘power trio’ of the score is the octobass, the ondes martenot and the pipe organ, complemented by instruments like the banjo and clarinet, and percussion including angklung and waterphones. Certain live recordings were run through audio processing in real-time to create eerie effects in the moment. And never put it past an audio team to sneak other oddities into a soundscape — with rakes, sword clashes and kitchen utensils serving as percussive sounds on the Extraction OST.

To mix the soundtrack album from musical fragments for an otherwise randomised game score, the team brought an authorial hand to proceedings, creating a structured musical narrative of sorts. The goal was to make an album that’s original, immersive, and helps to communicate the mood of the game.