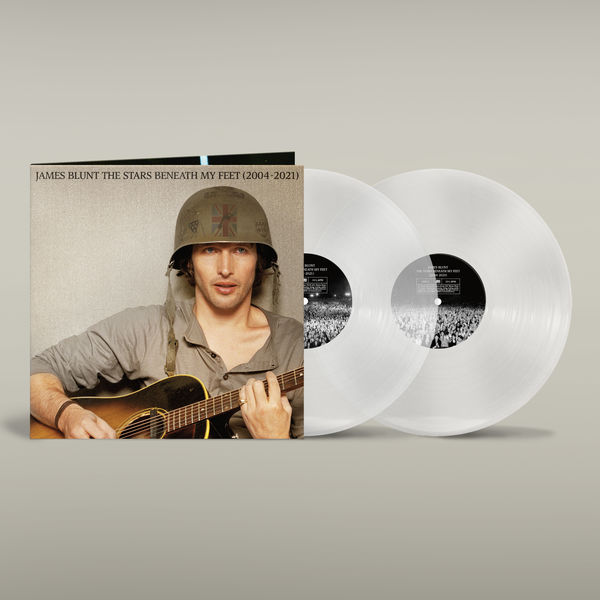 James Blunt’s greatest hits album, 'The Stars Beneath My Feet (2004-2021)’ is out November 19th and celebrates songs spanning a stellar 17-year career that has spawned over 23 million album sales, a global smash hit with ‘You’re Beautiful’, two Brit Awards and two Ivor Novello Awards, as well as receiving five Grammy Award nominations. Amongst the string of hit singles, 'The Stars Beneath My Feet (2004-2021)’ will also include four new songs (‘Love Under Pressure’, ‘Unstoppable’, ‘Adrenaline’ & ‘I Came For Love’), as well as four exclusive live performances from around the world, including the Glastonbury Festival. It also features stunning tracks from his latest Gold-selling album ‘Once Upon A Mind’, including ‘Cold’, and the heartbreaking ballad for his father, ‘Monster’. James’ classic 2004 debut album ‘Back To Bedlam’, was recently named as one of the top ten best-selling albums of that decade, and with ‘Once Upon A Mind’, James Blunt reinforced his reputation for writing honest, emotional songs that people can easily relate to. The album marked a return to what James Blunt does best – writing classic songs that touch both the heart and the head. Another side of James - his wit and charm - have in recent times been showcased via his always engaging Twitter account. James has also announced a huge UK arena tour for 2022.