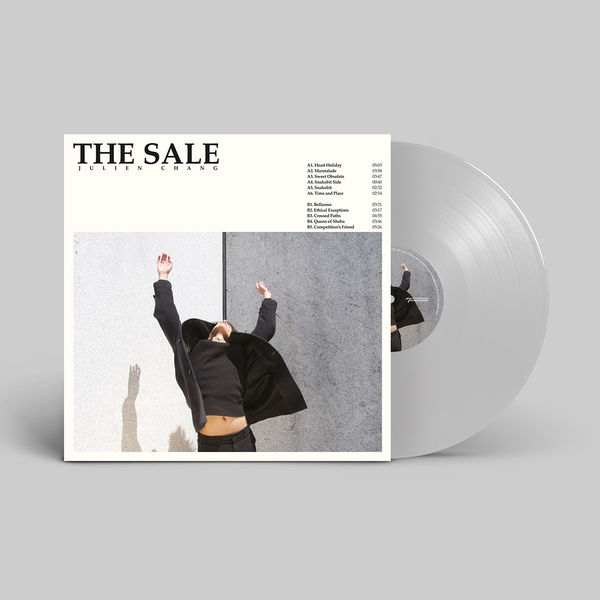 Julien Chang writes music that tunnels toward a series of deeper truths, investigating everyday existentialism, love and life, art and the artist. Arriving in 2019 with his critically acclaimed album ‘Jules’, Chang set a precedent with his breezy, dreamy debut and is now exacting his focus on 2022 with forthcoming new music.

Chang’s second album ‘The Sale’ testify to his talents as he wrestles with enviable grace across his new 12-track catalogue, the idea of estrangement and the problematics of artistic creation. Chang leans sonically into indie-pop, with guitar-driven instrumentation burbling across punchy drums and his layered, ethereal vocals. Yet the album is still replete with touchstones of the psychedelic popcraft that enamoured listeners on his debut.

Recorded partially in his hometown of Baltimore and partially in his dorm room at Princeton, his new album ‘The Sale’ is a homegrown effort with Chang playing all instruments, bar the odd exception of a few notable cameos from Baltimore locals, classmates and old friends. Following his debut ‘Jules’ - which saw Chang earn praise from the likes of Pitchfork, Fader, The Guardian, NME, Loud & Quiet, DIY, Billboard alongside support from BBC Radio 1 & 6Music via Annie Mac Jack Saunders and Jamz Supernova - his new LP explores the discrepancy between two worlds, a struggle to get comfortable in either one of them, and ultimately an artistic fascination with this very struggle.