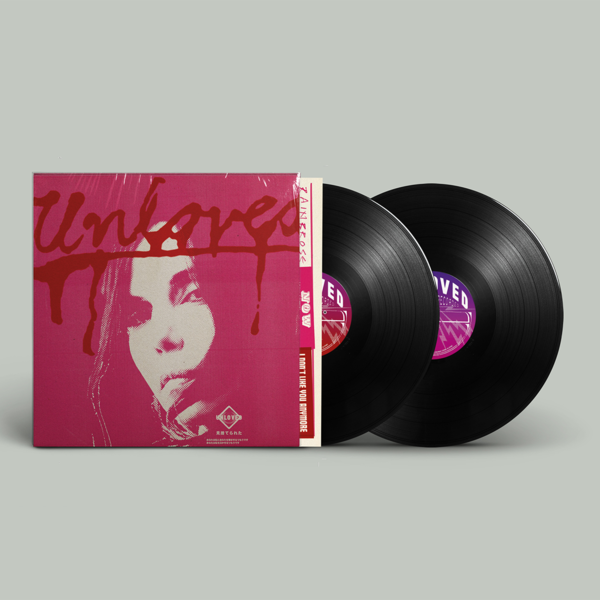 THE PINK ALBUM, is dawn and dusk, the epic and the intimate. This 22-track double album, its title inspired by the artwork of Julian House, features collaborations with Jarvis Cocker, Étienne Daho, Raven Violet and Jon Spencer. Pink has it modulations: shocking at times but signifying also tenderness, intimacy, the carnal. THE PINK ALBUM knows the shades of love, its nuances, and how it can be delicious – and frightening. Marvellous – and aching. Rather than be the silver lining to the cloud, THE PINK ALBUM mines deeper, to a precious ore, dark and glittering.

Unloved. Jade Vincent. Keefus Ciancia. David Holmes. The machinations of a benevolent fate brought them together. A glorious serendipity. In Los Angeles, Ciancia – producer, keyboardist, creator of soundtracks, True Detective among them – met David Holmes, the innovative, inquisitive and ingenious Belfast DJ who recast himself as master of song and image for film and television. Ciancia invited Holmes to the Rotary Room in Los Feliz, where the extraordinary Jade Vincent was singing.

Tuesday nights in the Rotary Room in Los Feliz: a place of thrilling sonic alchemy, where musicians could experiment and collaborate at Ciancia and Vincent’s long-running salon. Holmes was asked to DJ and then to curate another night – and then another.