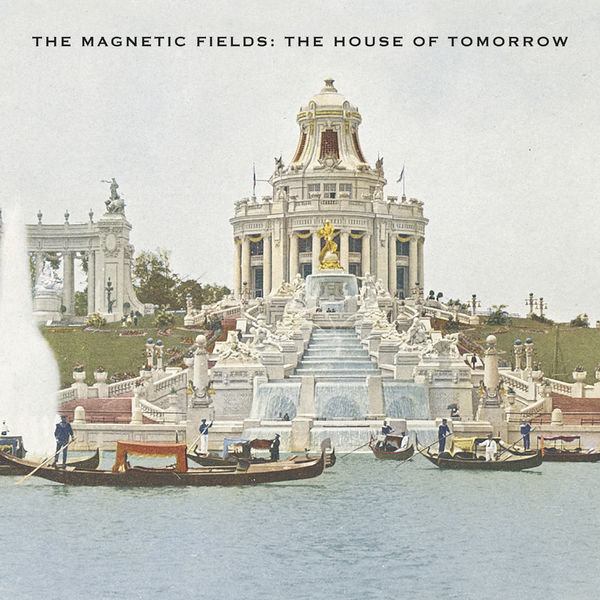 The House of Tomorrow EP celebrates 30 years in 2022. The House of Tomorrow EP marks the first release introducing vocals by Stephin Merritt. Cast your mind back to notable landmarks of 1992. Outside the Twin Cities, Mall of America opened to the public. Frank Gehry’s enormous golden fish sculpture, El Peix, welcomed Barcelona Olympians. And The House of Tomorrow, a four-song 7” on a small indie label, ushered in a new era for The Magnetic Fields. When Susan Anway, who sang on early albums Distant Plastic Trees and The Wayward Bus, left the group, Stephin Merritt stepped up to the microphone. “This was my first time singing on record,” he recalls. He sought to sound simple, subtle, and unobtrusive, à la the Japanese concept of shibusa. “But now, listening back, I hear a little too much vocal influence from the Jesus and Mary Chain. (I really should move to Scotland. I belong there.)” Likewise, the arrangements and production of The House of Tomorrow felt less polished overall than on its predecessors, even as the band’s sound was evolving. “I wanted to have rock instrumentation, plus cello (so ELO without keyboards), but everyone was tracked separately so there was no question of sounding like we were playing together,” explains Stephin. Instead, he chose to highlight the artifice. Voilà! “The drums are like Tusk only more so, the cello sounds like a synth, and the guitars might as well be programmed.” The House of Tomorrow rose in stature upon re-release on compact disc in 1996, with a new addition, “Alien Being” (previously relegated to the flip of the “Long Vermont Roads” single), boosting its modest track list from four songs to five. The limits of technology had stymied plans the first time: “You can’t fit five two-and-a-half–minute songs on a 7” record, even at 33rpm.” From World’s Fairs and Disneyland to Tex Avery and Hanna-Barbera cartoons, visions of the home of the future have long been popular. Although this new vinyl edition of The House of Tomorrow includes an etching of Buckminster Fuller’s visionary D.I.Y. Dymaxion House, Stephin laments the sluggish pace of architectural innovation. What is his dream home? “I want to live in Barbarella’s spaceship, with my neighbors being the Jetsons, floating defiantly over Edinburgh Castle.”