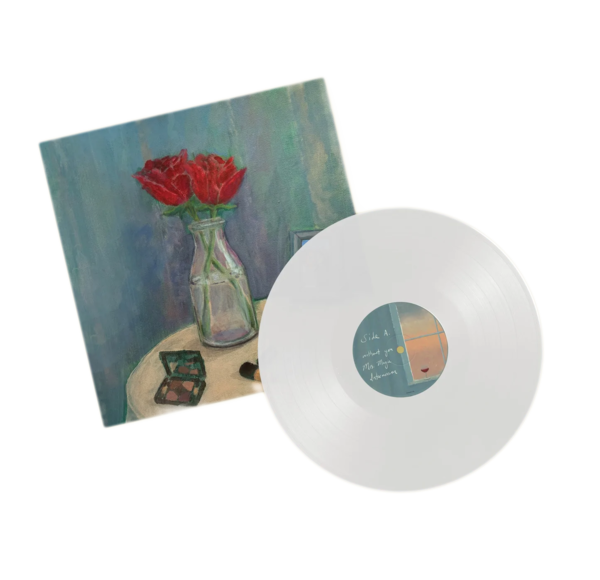 Taking My Time To Be: White Vinyl Repress

‘’WISTFUL, UPBEAT ONE-MAN-BAND AND ONLINE STAR”S FIRST LP DOES NOT DISAPPOINT..A PERFECT CONTINUATION OF THE DREAM POP OF BLACK, CHINA CRISIS AND THE LIGHTNING SEEDS’’ MOJO 4/5

When Alex Stephens (A.K.A. Strawberry Guy) self-released his debut single last year, he was merely doing it out of a love for songwriting. What he wasn't expecting was a million Youtube streams and an avid fanbase. Now, the South-Wales born, Liverpool-based songwriter is ready to release a full EP of his compelling, lushly produced dream-pop.

Born outside Cardiff, Strawberry Guy moved to Liverpool to study music and grow as a writer. 'I knew that it was a very artistic city with all it’s creative history, it seemed like the perfect place to move to.' he says. Whether it's playing keyboards in The Orielles or just being part of the city's growing musical scene, Alex plays music for the love of music, something that heavily translates into his adept songwriting.

The intense emotional feel of the tracks he writes is down to Alex's songwriting process, recording the entire EP in his bedroom & producing it himself. 'I feel that it’s important to me to only write/record when you’re channeling some kind of emotion, so I would only work on it when I was in the right mood to do so.' He answers when asked about the isolated environment into which he put himself for the recording process.

Much of the inspiration for Alex's work comes from experience rather than other artists. 'When something significant happens to me, all I want to do is make music.' In terms of musical touchstones however, there's the obvious dream-pop contemporaries such as Beach House and Weyes Blood, coupled with great songwriters of old like Nat King Cole or Harry Nillson. Sonically, a blend of orchestral & synthesized melodies layer together to act as a platform for his heartfelt lyrics.

Contrast this with the final track, the titular 'Taking My Time To Be', a powerful song of self-discovery. Beginning with downtempo piano and drums, the song breaks out into a saxophone and synth solo that wouldn't go amiss on a Badalamenti soundtrack. 'The song is about me learning to be comfortable with myself, but then wondering if I'll be accepted for being myself' Alex imparts. It's a fitting closer to a EP driven by emotion and experience.