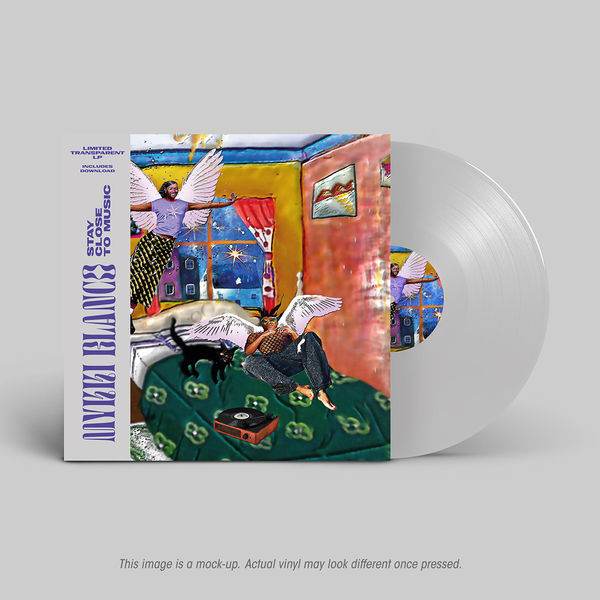 Stay Close To Music, the forthcoming new studio album from Mykki Blanco, is unlike anything they have released before. Adventurous and expansive, it shatters any previously held assumptions about Mykki’s artistry, leaving them free to define their sound for themselves. The LP is being released on October 14, 2022 via Transgressive.

Yet, Mykki admits that “at that point in my career, I didn't know what my own music sounded like without any kind of direct, outside reference. That's not a bad thing; that's how the majority of music is made.”

Ultimately Mykki concluded they wanted to create their own sonic universe from scratch. To facilitate this, they collaborated with producer and multi-instrumentalist FaltyDL, who allowed them to envision new soundscapes built from lush, live instrumentation. “It just transported me,” they admit. “It enabled me to dream in a way that I had never dreamed with my own songwriting. All of a sudden, I felt like I had this template where I could make that sound my own.”

The songs spun together through numerous jam sessions, with writing taking place in Lisbon, Paris, New York, Chicago and Los Angeles. By 2019, Mykki realized that they were working on two different records concurrently. The first became 2021’s lauded mini-album Broken Hearts & Beauty Sleep and now Mykki readies the second collection of the sessions via Stay Close To Music.

“I wanted to see what it would be like to go back and be a musician from another time where you had to start every ingredient raw from scratch. That process, ideology and that way of making has not only changed me as a musician, it has creatively changed me as a person.” Stay Close To Music features from Michael Stripe, Saul Williams, ANOHNI, Dianna Gordon, Devendra Banhart, Jónsi and more.

Mykki Blanco is an artist revered for their fearless ability to evolve, placing their creative exploration at the forefront of their career. With ‘Stay Close To Music’, Mykki Blanco is leveling up. By stepping into unchartered territory untethered and free, they have fulfilled their ambitions and created a rich, complex and accomplished sound that belongs entirely to them and which only solidifies their status as one of the world’s most innovative musical pioneers.