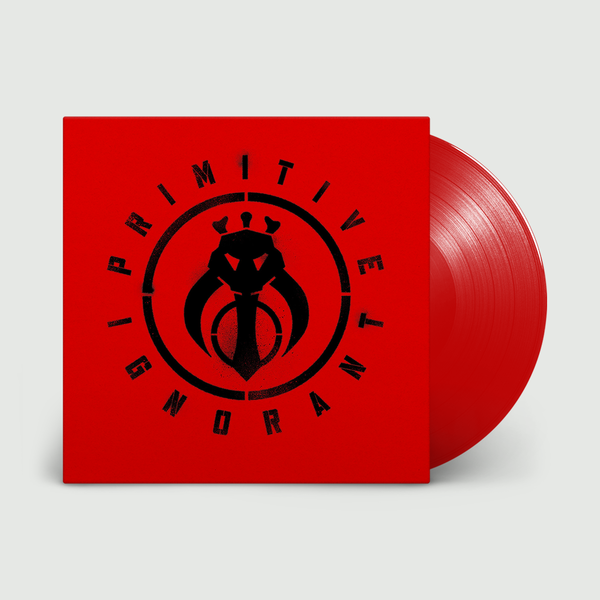 Massive bass. That was the idea behind Primitive Ignorant. That and history; his and Britain’s. Primitive Ignorant is Sym Gharial from 80s Matchbox B-Line Disaster and Sikh Punk is about him growing up as a Ladbroke Grove Sikh; not fitting in until he found release with punk rock, bands and, for better and worse, drugs. It looks at the Brexit-fuelled return of the racism he experienced as a kid and traces its roots back to the lingering arrogance of Colonialism and Empire. It's digs into rejecting his Sikh roots, bleaching his skin, (in peak whiteness, Sym appears on the cover of Pulp’s Different Class), experiencing addiction, racism and coming out the other side, completing a redemptive arc. Sym’s been clean for ten years and embraced his Sikh roots, wearing a turban once more at his wedding last year. Sikh Punk is loosely inspired by Sandinista, his favourite Clash album as he pushes into new musical genres. There's no guitar, for a start. From the outset, the idea was to carve out a HEAVY POP between Health’s rough edges and Chromatics’ reverie although inevitably it ended up somewhere quite different. He's a bassist so Sikh Punk is bass-driven, using R'n'B production tics to make it kick hard. Sym is not, however, a singer, so aside from some screaming and BVs, he's found other people to sing his very personal lyrics: casting him as the record’s id and other voices as its ego. Leonore of International Teachers Of Pop sings on Dress Like Me; Jon from The War On Drugs added mournful Jerry Dammers' brass to Sikh Punk I-V, narrated by Sym’s nephews Ivo and Sahib, IDLES’ Joe Talbot and Sym’s hero, Mick Jones from The Clash, reading extracts from Oscar Wilde's Ballad Of Reading Gaol and Panthea. Bess on Worship Art is an old friend from Ladbroke Grove, Daisy on Beautiful Scum he met online over lockdown and Le Junk is a friend who sits close to Iggy’s edge; Pete Teleman puts in an appearance; Katie Kaboose sings White Jeans and Eyeliner about an old friend Adam who turned him onto art and cinema but died at 17. There are found sounds throughout from Portobello Market and it’s all mastered by Barry who cut Like A Virgin, Prince’s Kiss and the last Radiohead record. Primitive Ignorant’s visual collaborator, Steve Gullick supplied the sleeve to the limited vinyl edition and shot the Ballad video.