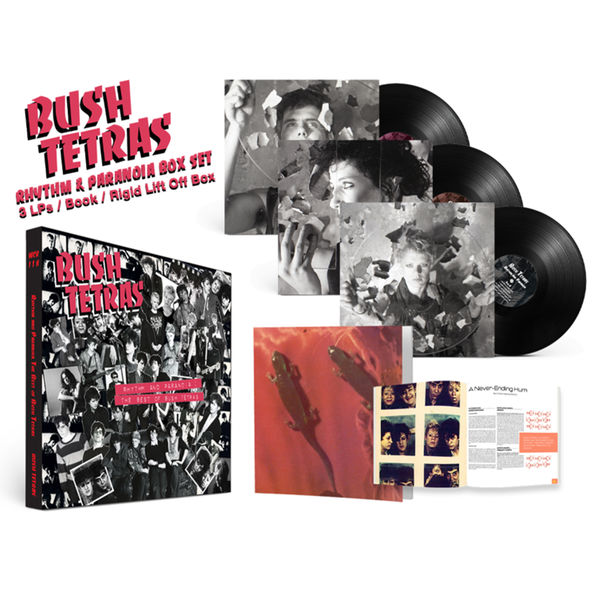 Rhythm and Paranoia - The Best of Bush Tetras: Vinyl 3LP

Flashes of light rarely burn for long. Bush Tetras exploded into New York in 1979 and flamed out just a few years later. Yet somehow this lightning-quick band have risen from their own ashes again and again for four decades. The spark that ignited Bush Tetras tapped into a deep grid of power, fueled by guitarist Pat Place, singer Cynthia Sley, and drummer Dee Pop.

That chemistry is palpable on Rhythm and Paranoia: The Best of Bush Tetras, which features 29 songs across 3 LPs pressed onto 180-gram vinyl and remastered by Carl Saff, plus a 46-page book with never-before-seen photos, an original essay on the band by Marc Masters, and micro essays by Sonic Youth’s Thurston Moore, R&B legend Nona Hendryx, The Clash’s Topper Headon, & more.

From the band’s earliest recordings to their current, vital-as-ever incarnation, Rhythm and Paranoia – for the first time ever – showcases the thier unique, influential, and body-shaking meld of rock, punk, funk, reggae, and more in one cohesive, immersive, and meticulously constructed box set. 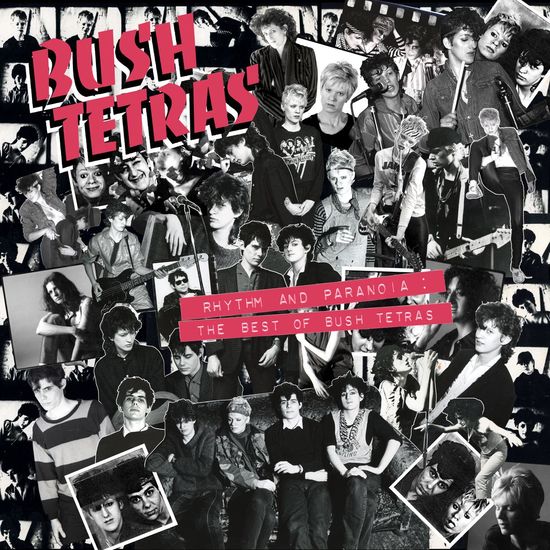