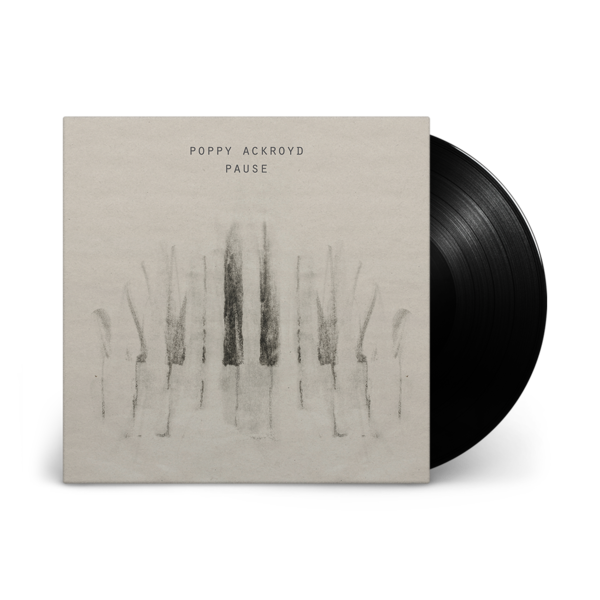 Brighton based composer Poppy Ackroyd returns this November with her fourth full length album 'Pause', released by One Little Independent. Written during the pandemic and shortly after the birth of her first child, the title refers to the feeling of normal life being temporarily put on hold.

As individual stories ‘Pause’ is compelling and ambitious but in its entirety it’s a flawless snap-shot of its time, highlighting the highs and lows of the period as well as a unique and challenging era for its creator. It carries with it a host of stages we’ve all found ourselves working through and has done so with gorgeous, poetic lucidity, all the while expanding on the sounds usually expected of a solo piano record.

Poppy tells us; “For previous albums almost as much of the creative process was spent editing and manipulating recordings as it was composing at the piano, however after having my son, I struggled to spend time sat in front of a computer. The only thing I wanted to do while he was still small, if I wasn't with him, was to play the piano. In fact, much of the album was written with him asleep on me in a sling as I used any quiet moment to compose.

It therefore made sense that this album should be a solo piano album. I used extended technique - playing with sounds from inside the instrument - like I do in my multi-tracked recordings, however it was important to me that every track on the album could be entirely performed with just two hands on the piano.”

Following the writing process Poppy spent several months practicing in order to be able to play the pieces completely fluidly. She says “there was a lightness and effortlessness to the recordings that I wanted that was only achievable after many hours of practise."

“a neo-classical force to be reckoned with.” Electronic Sound “on par with neo-classical giants Nils Frahm, Max Richter and Hauschka.” MOJO “Poppy Ackroyd can conjure whole worlds of sound out of the barest essentials” Stereogum "A composer of real talent, she's able to work in softly advancing measures, tackling each project with real finesse.” Clash Magazine