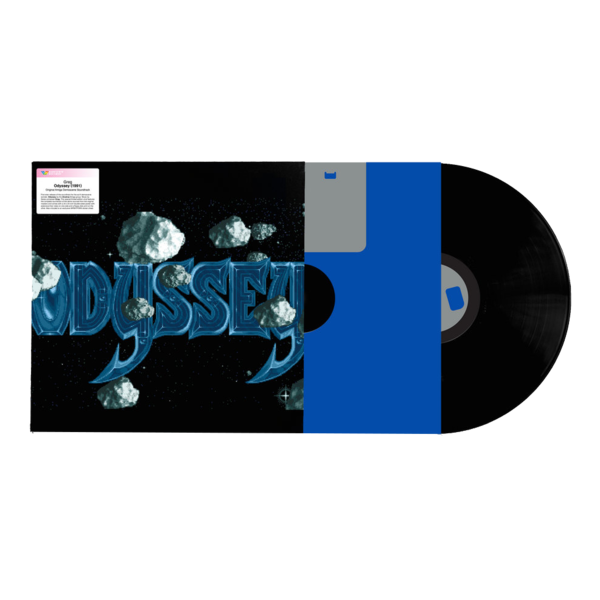 The special limited edition vinyl features the complete soundtrack of the demo sourced from the original masters as well as printed innersleeves, a 24x24 inch double-sided poster with extensive liner notes on the fascinating history of the Amiga demoscene on one side and a floppy disk print on the other, and a WRWTFWW sticker sheet. Odyssey is also available in digital format.

Wikipedia says: The demoscene is an international computer art subculture focused on producing demos: self-contained, sometimes extremely small, computer programs that produce audiovisual presentations. The purpose of a demo is to show off programming, visual art, and musical skills. Demos and other demoscene productions (graphics, music, videos, games) are shared at festivals known as demoparties, voted on by those who attend and released online.

In the demoscene galaxy, one era was particularly exciting: the Amiga years during which the demos were created for the Commodore Amiga home computer - a time of intense rivalry between programmers, graphics artists, and computer musicians, testing the limits of the (fixed) Amiga hardware.

The Odyssey demo was one of the largest productions ever released by an Amiga group, a real sci-fi movie on five floppy disks made with 3D sequences. It was presented at a demoscene party in 1991 and won the competition, setting a new standard for Amiga demo possibilities.

One of the highlights of the demo was the funky cosmic music from Swiss composer Greg, a true space opera, the 90s galactic soundscape you didn’t know was missing from your life! And so here it is, available for the first time, 10 tracks of pure video game music joy, adventurous computer pop, pixelated technotrance, Star Wars gone floppy disk, and interstellar beats for days.