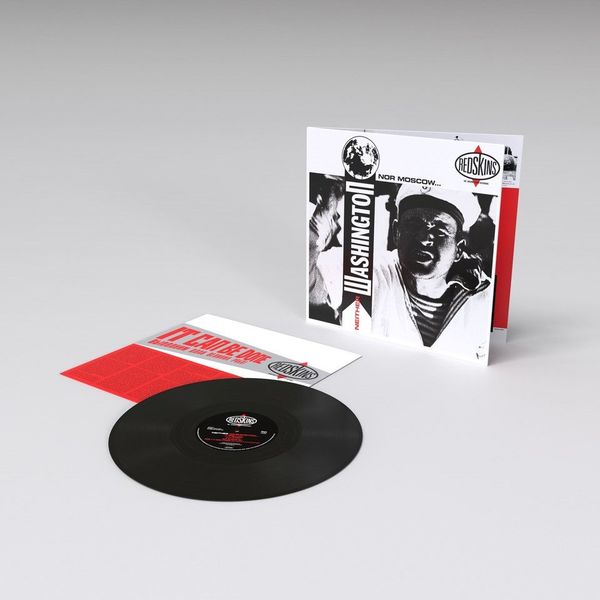 For the very first time, London Records are to reissue the 1986 debut album - and only studio album – by Redskins, ‘Neither Washington Nor Moscow’, on vinyl. Available December 17, the album will be released on Vinyl and 4 x CD Boxset. The reissue comes complete with new sleeve notes by Redskins bassist Martin Hewes, and the CD boxset will include a 68-page booklet with liner notes from Hewes and Redskins drummer Paul Hookham (who replaced original drummer Nick King in 1985) and renowned contemporaries including Billy Bragg and Paul Morley. Redskins were formed in York in 1982 by Chris Dean (vocals/guitar), Martin Hewes (bass/backing vocals) and Nick King (drums), with the ambition to “sing like The Supremes and walk like The Clash”. Dean and Hewes were members of the Socialist Workers Party and politics guided the music created by Redskins, their soulful songs brimming with righteous passion. Six tracks on ‘Neither Washington Nor Moscow’ were released as singles, including the band’s only Top 40 “Bring It Down! (This Insane Thing)” and the prophetic “Kick Over The Statues”. Redskins split in late 1986, leaving a legacy and influence that stretches far beyond their short recording career.