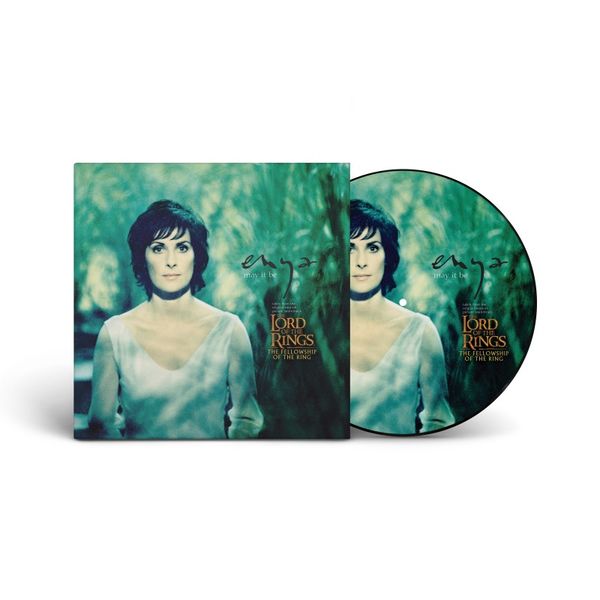 May It Be: Limited Edition Picture Disc

The Lord of the Rings film trilogy is among the most successful in cinematic history. Based on the popular J.R.R. Tolkien novel of the same name, these award-winning movies were directed by Peter Jackson and scored by composer Howard Shore. The epic story of Middle-earth arrived in theaters 20 years ago, in December 2001, when The Fellowship Of The Ring made its highly anticipated debut. To celebrate that milestone, Rhino is releasing a 12” picture disc that includes “May It Be,” the critically acclaimed single Enya recorded for the film’s soundtrack. In 2002, that song was released on a CD single with two more Enya songs: “Isobella” and “The First of Autumn.” Those tracks will make their vinyl debut on MAY IT BE to be released on December 3rd. Peter Jackson asked Enya to write a song for The Lord of the Rings. She agreed and began writing what would become ‘May it be’ with her longtime producer/arranger Nicky Ryan and her lyricist, Roma Ryan. Embraced by fans and critics alike, “May It Be” would go on to be nominated for an Academy Award® for Best Original Song; a Golden Globe® Award for Best Original Song; and a Grammy Award for Best Song Written for Visual Media. Enya recorded the other two songs featured on MAY IT BE while making her fifth studio album, A Day Without Rain. #6 on the UK Album Chart, the album has sold more than 16 million copies and is ranked as the best-selling new-age album of all time. “The First Of Autumn” is an instrumental that appears on the original studio album. The other track, “Isobella,” is a rarity that can be found on the Japanese edition of A Day Without Rain. MAY IT BE arrives just in time to celebrate the 20th anniversary of The Fellowship Of The Ring and its popular soundtrack. That collection is certified platinum in the U.S., where it won the Academy Award® for Best Original Score and the Grammy® for Best Score Soundtrack Album.