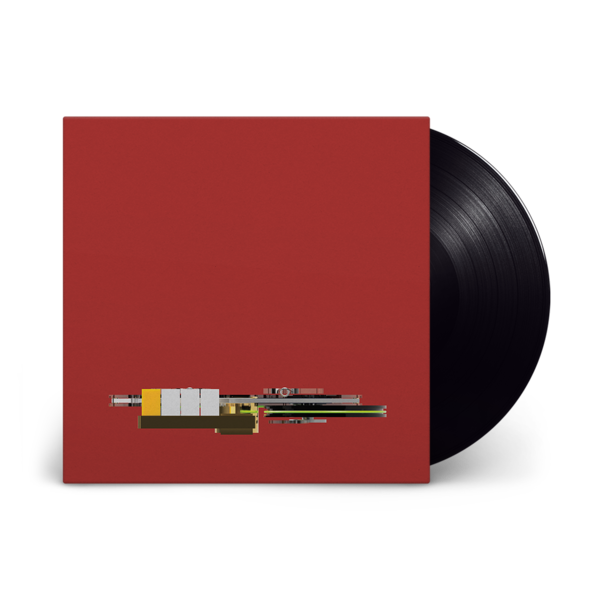 Scottish multi-talented artificer Lomond Campbell has announced the release of his eagerly anticipated ‘LŪP’ album, out via One Little Independent Records on October 22nd.

‘LŪP’ came about when Campbell was commissioned to build a custom tape-looper for prolific Fife-based independent singer-songwriter King Creosote. He tells us “I wanted the machine to embody the compositional ideas of the two esteemed New York avant-garde composers – William Basinski and Steve Reich. It plays 12 second tape loops which ‘disintegrate’ over time as the tape passes near to a rotating magnetic disc. This rotating disc also provides a clock and drives two eccentric cams which sends out ever-shifting phase patterns. You can hook the machine up to a modular synthesiser and process the disintegrating tape loops while generating Reichian phase shifting patterns.”

The machine itself, LŪP, takes tape loops that are 601mm long which allows for approximately 10 seconds of audio. On its journey the tape passes a large, rotating disc containing magnets inside. The magnets gradually erase the audio information on the tape, whilst the rotating disc simultaneously drives two small follower gears with eccentric cams that generate gate signals. The small difference in size between these gears cause the gate signals they generate to slowly drift in and out of synchronisation. Using LŪP alongside a modular synth you can patch the drifting gate signals into your synth to trigger patterns that meander in and out of phase, whilst your tape loop is slowly disintegrating.

The result, ‘LŪP’, is a dynamic, minimalist and introspective ambient pleasure. From the glistening and meditative soundscapes of opener ‘We Go Slow’, ‘Swam’ and ‘Sister’, through the pulsating electronics of ‘Otherly’ and ‘Rad Brad Ivy’ into the latter part of the record where tracks such as ‘WVN028’, ‘Creosote’ and ‘Songs Of The Wildbirds’ bask in eerie, sinister atmospherics, it imagines industrial urban expanses peppered with distant melodic birdsong. ‘LŪP’ navigates the worlds between music and art, craft and engineering, fantasy and science.