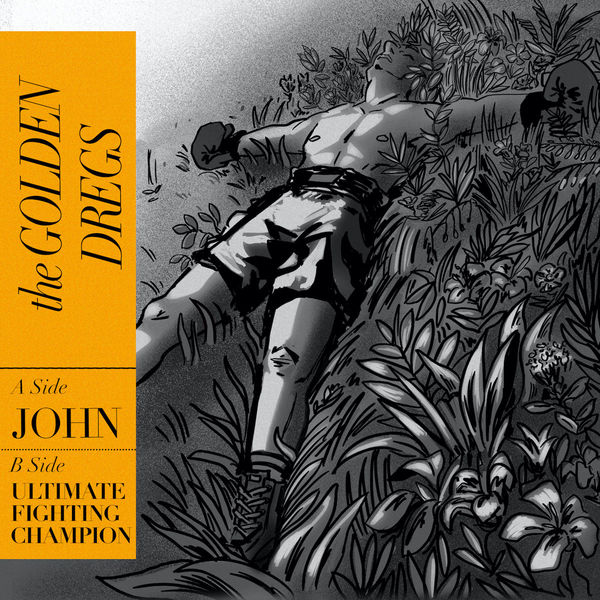 Following the release of their critically acclaimed debut album, Hope Is For The Hopeless, towards the tail end of 2019, Woods brought together a 7 piece band to recreate the songs live. They managed one short tour - then the pandemic came and put a halt to their summer of festival slots and a support tour with Ezra Furman.

Woods was furloughed from his day job at an art gallery, his flatmates left the city. He developed a new routine; he would wake up, eat eggs and drink coffee, watch 2 episodes of Frasier, and then spend the working day making music, before taking an evening stroll, making a meal, and slogging his way through IMDBs 100 lowest rated films.

“I wrote no lyrics in this time” says Woods, “I pulled every dodgy voice memo from my phone and chord progression from head and structured them into pieces of music and fleshed them out. “John” was one of the first pieces of music I made in this time, just as the days began to warm up in early April. It’s a very basic chord progression, but one that I would always play whenever I had a guitar in my hands. There’s a lot of sadness to the combination of chords. I had the song fully structured, I just didn’t understand what it was about yet”.

In October of the year he lost his job, he departed London for his native Cornwall, taking up a job on a building site and spending his evenings trying to write. “The building site was rough. And muddy like I had never known” says Woods, “I was very unhappy. I wrote the verses to “John” in the shower. I was humming the melody and thinking about the past and then I knew what the song was about.”

“I often use songwriting to process experiences and emotions that I otherwise would struggle to articulate, or would shy away from talking about publicly. Sometimes the process is cathartic, but it can backfire and I get stuck reliving an unsavoury memory every time we perform a song live”.

Hope Is For The Hopeless, their 2019 debut album, earned support from the likes of The Line Of Best Fit, The FADER, MOJO, Metro, Apple Music 1’s Matt Wilkinson and was included in Rough Trade East's Top 10 Albums of the Year.

The Golden Dregs will play live at London’s Brixton Windmill on July 27th and will appear at various festivals over the summer including Latitude, Green Man, End Of The Road and Stag & Dagger. Full live dates are below.