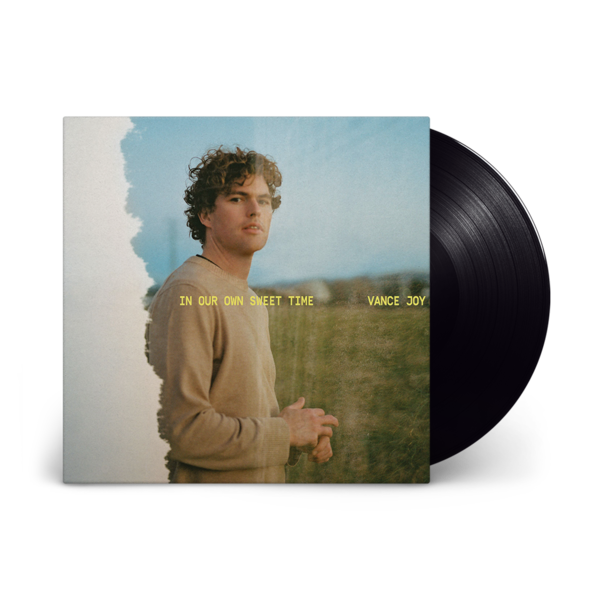 In Our Own Sweet Time: Vinyl LP

Multi-platinum singer-songwriter Vance Joy has announced his highly anticipated third studio album, In Our Own Sweet Time, arriving everywhere on Friday, June 10. Created mostly in the pandemic, the album is Joy’s most personal project yet. Realizing what truly matters and growing in new ways personally and creatively, In Our Own Sweet Time is fuelled by old friends, new memories and finding love in a not-so-hopeless place. The eagerly awaited new album includes collaborations with hitmakers such as Joel Little (Lorde, Taylor Swift), Dan Wilson (Adele, Leon Bridges), Take a Day Trip (Miley Cyrus, Lil Nas X) and more.

On the title of his new album, In Our Own Sweet Time, Joy shared, “I’m always drawn to the idea of timelessness or that shared moment that takes you out of the chaos outside. If the world is crazy, you can retreat somewhere. It’s always hard to think of the right title but I think that sums up the album perfectly.”

Along with the exciting announcement of the summer album, Joy released his bright new single “Clarity.” Produced/co-written with GRAMMY® Award-winning songwriter Joel Little over zoom, “Clarity” was joined by an official music video.