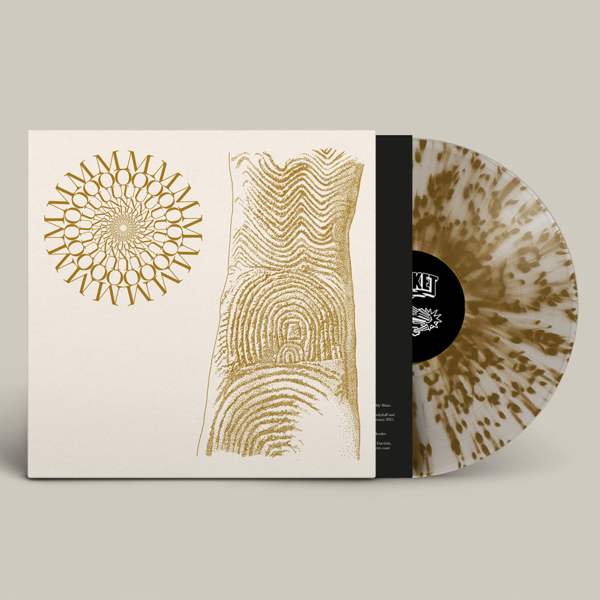 Some of the most striking ancient structures in Ireland are not its standing stones but the country’s neolithic “passage tombs” constructed between five and six thousand years ago. As this modern name suggests, they were in all likelihood actual liminal zones bridging this world and the next; charnel houses, stone age reliquaries, bone gardens, cairns vibrating between planes and states of being. One of the most interesting of these graves is Knowth at Brú na Bóinne. Its huge, many-passaged central burial chamber is surrounded by 17 small barrows, and among these constructions is over one third of all the rediscovered megalithic art in Western Europe. Kerbstones and pillars are carved with a hypnotising array of spiral, serpentiform and lozenge-shaped patterns; alongside is chiselled the oldest known representation of the moon made by man.

Moundabout is the new folk project of Paddy Shine of GNOD, recorded with Phil Masterson in Ireland, but the words ‘new’ and ‘folk’ need to be treated with care here. Listening to Flowers Rot, Bring Me Stonesis like entering a trance state while staring at one of the Knowth spiral carvings. Like following a ridged epidermal loop inwards, tracing the spiral of an ammonite towards the centre or peeling back the layers of an onion, immersion in this great album sees you travelling both temporally backwards and spatially inwards simultaneously. The listener is invited to see folk – orally transmitted music often concerning national identity and culture played on traditional instruments – as a glowing helix of a continuum stretching way back beyond the revival of the 1950s and 1960s to an eternal vibrancy that predates classical antiquity and Irish civilisation itself.

As the album moves the listener, they are taken on a geographical and geological journey as well as psychological and spiritual, traveling inwards from the coast (‘The Sea’), as well as down beneath the strata (“How many bog bodies are waiting to be found?”) And when you have been primed, they take you all the way back to commune with older gods on the album’s epic centrepiece, ‘Dick Dalys Dance’, creating the kind of prehistoric drones and trance-inducing rhythms that the echoing, celestially aligned corridors of the Brú na Bóinne were built to amplify. This is not new music but the deep sensations it provokes will be new to most listeners. Imagine for a few minutes something as glorious as a Nurse With Wound List for the 21st Century… were I given such a formidable task as to organise such a collection of mind-bending music, Flowers Rot, Bring Me Stones by Moundabout would be one of the first records I would include. John Doran, Wiltshire, 2021.