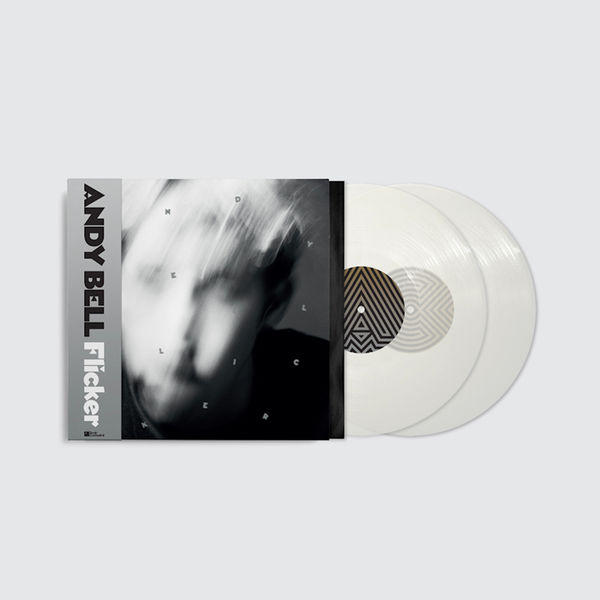 ‘Flicker’ is the second album from Ride guitarist and songwriter Andy Bell. Written almost as a conversation with his teenage self, it follows the triumphant solo debut that was 2020’s ‘The View From Halfway Down’. This 18-track double album finds Andy moving towards classic songwriting, notably on the reflective lead single ‘Something Like Love’, the strident harmonies of ‘World of Echo’, the joyous refracted loops of ‘Jenny Holzer B. Goode’ and the fuzz-laden late-’60s balladeering of ‘Love Is The Frequency’. Stylistically, the four sides of ‘Flicker’ take in everything from modern psychedelia to fingerpicked folk, whimsical baroque pop, and Byrdsian 12-string beauty. It’s a breathtaking array and makes it even more abundantly clear that Andy has entered a purple patch in his songwriting, hitting a new velocity in contrast to his initial inhibitions about becoming a solo artist. He gradually overcame these after the passing of David Bowie in 2016, with the Thin White Duke’s bountiful 50 years of music providing inspiration from beyond the grave. ‘Flicker’ is also an apt description for the genesis of the album. At the start of 2021, Andy returned to the stems of the recording sessions he made at Beady Eye and Oasis bandmate Gem Archer’s North London studio and added fuel to the fire, writing melodies and lyrics and turning them into fully formed songs. The same sessions were also the starting point for ‘The View From Halfway Down’ and this album picks up where that one left off, quite literally, with the very first words being “I was halfway down…”. This is the first of several playful, possibly intentional, references to albums and song titles that litter the record like a musical breadcrumb trail. As much as this is a modern sounding and forward-looking record, it’s also very much about looking back, something that is clear from the first glimpse of the front cover – a previously unseen outtake from Joe Dilworth’s photo sessions for the inner sleeve of Ride’s debut album, ‘Nowhere’. “When I think about ‘Flicker’, I see it as closure,” explains Andy. “Most literally, on a half-finished project from over six years ago, but also on a much bigger timescale. Some of these songs date back to the ’90s and the cognitive dissonance of writing brand new lyrics over songs that are 20-plus years old makes it feel like it is, almost literally, me exchanging ideas with my younger self.” This conversation takes place across ‘Flicker’’s 18 tracks. Essentially it advises us to stop worrying about the future and enjoy each day as it comes, embracing the crushing, unpredictable lows of life as much as the almighty highs of being in love. Some of it remains unspoken, taking place sonically rather than verbally: the album has a reflective, meditative feeling throughout, exploring many aspects of mental health, and the beautiful stillness of first single ‘Something Like Love’ could almost be a musical salve to the heartache 19-year-old Andy poured into ‘Vapour Trail’ in 1990. “The ‘Flicker’ I’m talking about in the lyrics is that flame that makes a person who they are,” explains Andy. “I wanted to find that in myself, so I went back to the teenage me – a technique I learned in therapy and have been doing ever since – and got some advice on how to live and be happy in the 2020s. “‘The View From Halfway Down’ was about turning 50 in a very weird time of introspection. ‘Flicker’ is about gathering the tools to equip myself mentally for life in 2022 and beyond – post-pandemic, post-Brexit, post-truth.” 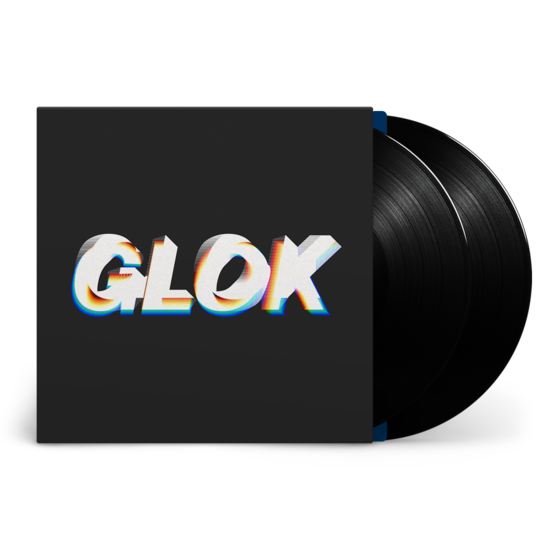