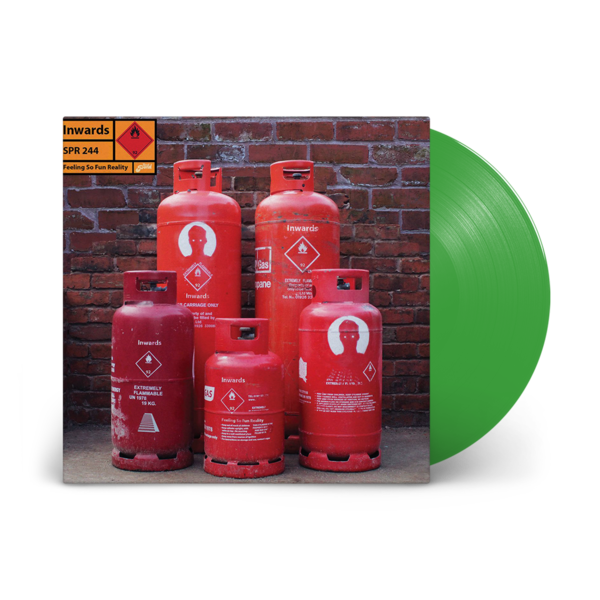 Electronic artist Kristian Shelley - AKA Inwards - announces new EP ‘Feeling So Fun Reality’ for October 8th via Brighton based tastemaker label Small Pond. ‘Raindrops’ is the first single taken from it, and is out on July 29th.

The EP is a sister release to 2019’s ‘Feelings of Unreality’ EP - merely shifting where the spaces between the letters land to flip the meaning entirely on its head. Whereas the 2019 effort was laced with anxiety and cyclical internal

conflict at the perspective destroying, fathomless possibilities of ideas and scenarios built in the mind, ‘Feeling So Fun Reality’ reflects an optimism grounded in the real world. In this, it takes on a similar human warmth to the best work of Aphex Twin, Clark or Boards of Canada.

‘Raindrops’ is an apt opening gambit in this sense, combining technology and the earthy tangibility of the natural world. Precise modular synths, inspired by the rain, are twisted into wordless conversations conveying a million and one different meanings to a million and one different ears. This points to the reason Inwards favours instrumental music over lyrical - the capacity to run off emotion without fully understanding what it is you’re channeling per se, and the multitude of interpretations on the receivers end.

Speaking more specifically, Kris explains: “I made this one out of an instrument I created from Ruby Lazou’s voice. At my place, when it rains, you can really hear it hammering on the roof. It was in the background when I was producing the track. it had been super dry for ages so it was the soundtrack to all the plants celebrating the raindrops coming down. The drums feel quite liquid to me.”