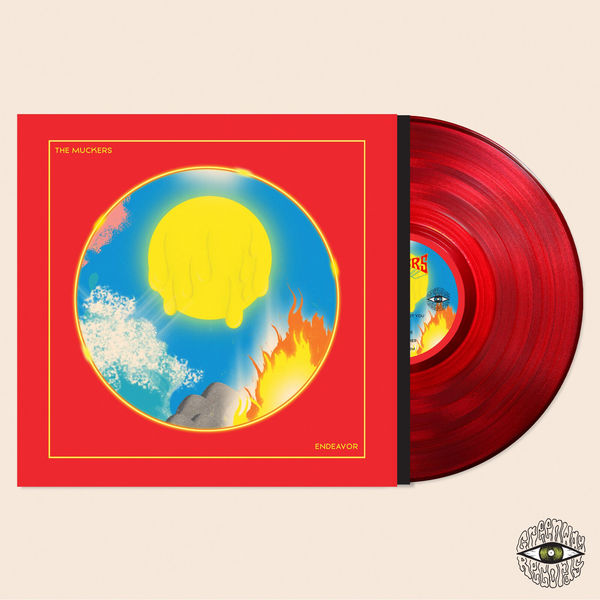 This is the Debut LP ‘Endeavor’ from Brooklyn four-piece The Muckers, named “one of New York’s most exciting new bands” by NME. Standing out against the layers of noises a city like New York holds is no small feat: its blaring cars and screeching trains, its storied streets, blunt locals, and piercing sirens all meld together into a thick backdrop. As vibrantly fresh as resolutely timeless, The Muckers are doing just that. Aptly titled Endeavor, the album mirrors the band’s journey: first, frontman Emir Mohseni's journey as an Iranian immigrant, taking refuge in New York City where he had the right to perform rock music; secondly, as a band caught in the global pandemic who had to let go of their greatest strength - live music. The Muckers thrive on any stage, from supporting Pond on the road in 1000-cap rooms to making the crowds dance and sweat in the divey bars of Brooklyn. Their performance at Treefort Festival caught KEXP's Cheryl Waters eye, who commended them for "captivating the crowds" on her Music That Matters show. “There is something altogether fresh in their energy, in Mohseni’s fast-moving guitar licks and his lyrics full of yearning,” Ladygunn lauded in a recent interview where Emir spoke of his influences, from Frank Zappa to The Stranglers. “There are times in your life when you know the map to your destination but you need a force to drive you there,” Mohseni says of his move to the United States, profiled across acclaimed publications, from Rolling Stone to Billboard. Upon landing in this new environment, he met the three guys that would become his closest friends, and build with him the enlivening sound and enrapturing live show that The Muckers have garnered early praises for: Anthony Azarmgin at the bass, Chris Cawley on rhythm guitar, and John Zimmerman behind the drums. The band's ethos can be heard in tracks like the unrelenting "Roll The Dice" which Mohseni says is about "risking everything you have in life for that one thing that you love the most."