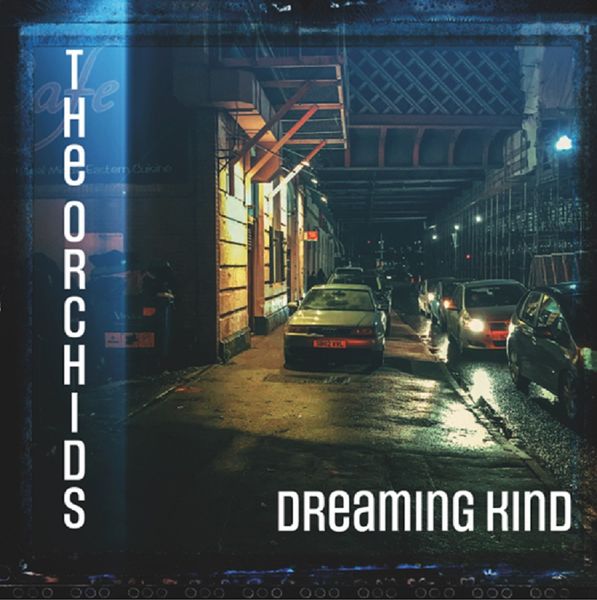 The long-awaited new album from the best pop band in Scotland... The Orchids were making sophisticated pop music right back in the early 1990s when Sarah Records first started. Their songs were as emotionally pure as anything else on that label, but they were always a step ahead of their peers in terms of song arrangements and musical ambition. With a casual, unpretentious air they made writing perfect pop songs seem easy, almost accidental, and several great releases followed. The Orchids gained a passionate following: people knew a good thing when they heard it and they hugged it close. But maybe now it’s time for the rest of the world to be let in on the secret.

The songs themselves are a beautiful mix of strength and gentleness. They wrap you in a powerful embrace, making you feel comfortable and secure – and then whisper their insecurities and anxieties into your ear. They say: ‘it’s OK to admit weakness. It’s OK to be fragile. That’s where true strength comes from’. From Glasgow, and proudly Scottish, the band shares a musical lineage with other great groups from that city, from Aztec Camera to Orange Juice, Lloyd Cole to Teenage Fanclub - bands that specialise in song-writing that can tell big stories through small personal fragments, that can make the ordinary extraordinary.

Ian Carmichael has helped the band create a perfectly produced masterpiece. He subtly accentuates the drama of the songs, with a sophisticated choreography and gloss that never overwhelms the tenderness of the music. In ‘This Boy Is A Mess’ (the first single from the album), the lyric confesses frailty while the arrangement gets stronger and stronger. It is bittersweet and exhilarating at the same time. ‘I Want You, I Need You’ has harmonies as big as a house – but the yearning message remains intimate and close. ‘I Don’t Mean To Stare’ is an elegant version of the song that first appeared on Skep Wax compilation Under The Bridge.

Album opener ‘Didn’t We Love You’ daringly opens up empty spaces where the reverb of the drums is the only thing you can hear... and then floods your ears with a harmonised chorus, sweet guitar melodies and sweeping effects. Even then, the lyrical lament, expressing the desire to live in a better place - a place unspoilt by the greedy phonies who’ve taken over – comes across as clearly as if Hackett were leaning over for a friendly chat in the snug bar of The Orchids’ favourite Glasgow pub. Dreaming Kind will be released as a CD, digital download and vinyl LP.