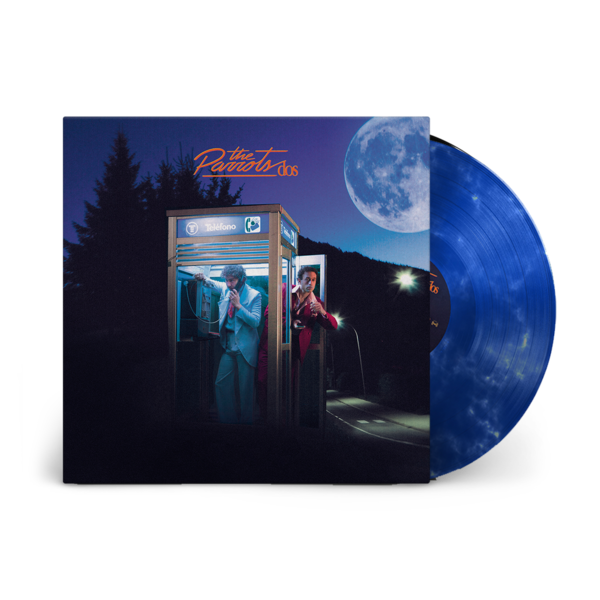 Rolling in on an unbreakable motorik groove, The Parrots second album - Dos - starts very much on the front foot. You Work All Day And Then You Die is a bold statement of intent, a signpost at the side of the road that tells you straight about the futility of our modern lives spent chained to the work station. As the chant-along chorus goes, “It’s hard to find some peace of mind” - a line that feels like a reaction to the last year and half on planet Earth.

From You Work All Day And Then You Die’s relentless pulse to closer Romance’s end of the night celebration of friendship and survival, Dos is an all consuming, life-affirming joyous noise. Where The Parrots debut - Los Niños Sin Miedo – howled and rattled like the garage bands that had inspired them in their formative years in Madrid, Dos was conceived by Diego Garcia (guitar, vocals) and Alex de Lucas (bass) as a chance to showcase their wider ambitions. That desire to expand the band’s sound led them to working with producer Tom Furse from The Horrors.

Fans of The Parrots previous records and their life-enhancing live shows needn’t worry that things have changed too much. Dos is still very much a garage rock record, only one now painted in brighter, bolder, more psychedelic colours. Just Hold On is a summery late ’60s West Coast stomp while Nadie Dijo Que Fuera Fácil (translation - Nobody Said It Would Be Easy) and Amigos recall modern psychedelic voyagers such as Spacemen 3 and Super Furry Animals - bands who effortlessly combined drones with celestial melody. Elsewhere, It’s Too Late To Go To Bed sounds like something released on Ze Records in the early ’80s.

When you spend some time with Dos - the riotous and addictive second Parrots album - you’ll realise it’d be wise not to wear your best clothes the next time they roll in to town as you’ll invariably be going home drenched, ecstatic and covered in footprints. Bring it on.