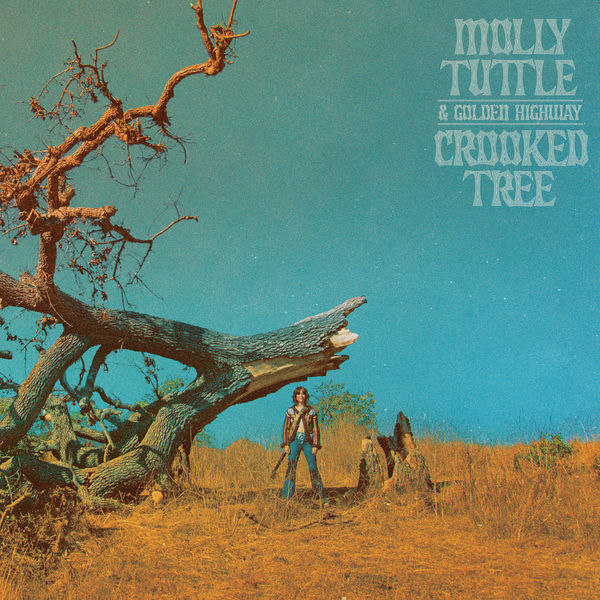 Acclaimed singer, songwriter and musician Molly Tuttle releases her anticipated Nonesuch Records debut, Crooked Tree, with her new bluegrass collective Golden Highway. Recorded live at Nashville’s Oceanway Studios, Crooked Tree was produced by Tuttle and Jerry Douglas and features collaborations with Sierra Hull, Old Crow Medicine Show, Margo Price, Billy Strings, Dan Tyminski and Gillian Welch. The album explores Tuttle’s love of bluegrass, which she discovered through her father, a music teacher and multi-instrumentalist, and her grandfather, a banjo player. Across these thirteen tracks, all of which were written/co-written by Tuttle, she honours the bluegrass tradition while also pushing the genre in new directions.

“I always knew I wanted to make a bluegrass record someday,” Tuttle says. “Once I started writing, everything flowed so easily: sometimes I’ve felt an internal pressure to come up with a sound no one’s heard before, but this time my intention was just to make an album that reflected the music that’s been passed down through generations in my family. I found a way to do that while writing songs that feel true to who I am, and it really helped me to grow as a songwriter.”

Raised in Northern California, Tuttle attended Berklee College of Music and moved to Nashville in 2015. In the years since, she has released two full length albums: her 2019 debut, When You’re Ready, and …but i’d rather be with you, a covers album released in 2020. NPR Music praised When You’re Ready saying, ‘Tuttle applies remarkable precision to her pursuit of clarity… handsomely crafted melodies that gently insinuate themselves into the memory’, while the Wall Street Journal added, ‘stunning acoustic guitar-picking… invigorating, mature and attention-grabbing first album.’ Additionally, of …but i’d rather be with you, the New Yorker said, ‘the record’s star is ‘She’s a Rainbow’… in Tuttle’s reading, the song uses a bluegrass spirit to look to the past – and a feminist allegiance to peek at the future.’

An award-winning artist, Tuttle was named Instrumentalist of the Year at the 2018 Americana Music Awards and the International Bluegrass Music Association’s Guitar Player of the Year in both 2017 and 2018, the first woman in the history of the IBMA to receive the honor. Tuttle has performed around the world, including shows with Sam Bush, Béla Fleck, Hiss Golden Messenger, Jason Isbell, Old Crow Medicine Show and Dwight Yoakam as well as at several major festivals including Bonnaroo, Newport Folk and Pilgrimage.