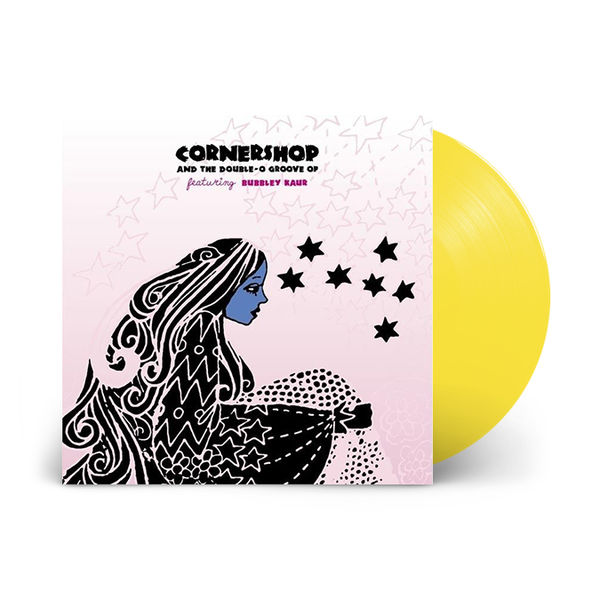 *Coloured Vinyl reissue: ‘Indian Wedding Sweetmeat Celebrations’ transparent Yellow vinyl.** Ten years on from its original release, Ample Play Records will release, the ground breaking ‘Cornershop And The Double ‘O’ Groove Of’ album by Cornershop feat. Bubbley Kaur on vinyl for the first time. The LP, pressed as a stunning limited edition of 500 copies on ‘Indian Wedding Sweetmeat Celebrations’ sticky transparent Yellow vinyl in a gatefold sleeve with poster insert, will be available via mail order direct from the group via ampleplay.co.uk and in all good independent record shops from 3rd December 2021. Cut for vinyl at optimum levels by Fluid Mastering, the same clever folk who mastered both the celebrated ‘England Is A Garden’ and ‘England Is A Garden Instrumentals’ albums. It’s a vinyl release that Rough Trade Shops have petitioned us for years to action and we’re pleased to report they consider the audio results to be “topknotch, an amazingly defined cut”.

After many a time in the studio, under lab conditions Cornershop originally released the album in 2011 featuring the incredible double sugar-coated vocals of Bubbley Kaur.

When Tjinder and Bubbley decided to work with each other, she had not recorded a note of music. They had met very fleetingly, years ago at a cellar gathering in Preston Lancashire, where Tjinder & Benedict studied. So it was much surprise when a taxi driver friend introduced him to a lady that liked singing, worked in a local launderette, and was the same lady he had met in a northern cellar bar.

They then met a good many times at Tjinder’s house where they would listen to and discuss traditional Punjabi Folk Music, and slowly Bubbley came out writing her own original lyrics, which were set to a varied range of modern musics. ‘Natch’ was the first song she recorded, followed by ‘Topknot,’ and together they became the first double ‘A’ single on Rough Trade Records.

The complete recordings were made in their own good time. Tjinder explains “There was no need to quickly put the album out, but there was a need to make it top rank and evergreen, especially as I have wanted to do an album like this for 20 years.”

Benedict & Tjinder set up their own label, Ample Play in 2009 to release the highly acclaimed album ‘Judy Sucks A Lemon For Breakfast.’ The way Tjinder & Bubbley met was like a hindi movie script, and the outcome of the music is like an Asian version of The Kids From Fame – totally upbeat, giving rise to new ways of expressing yourself.