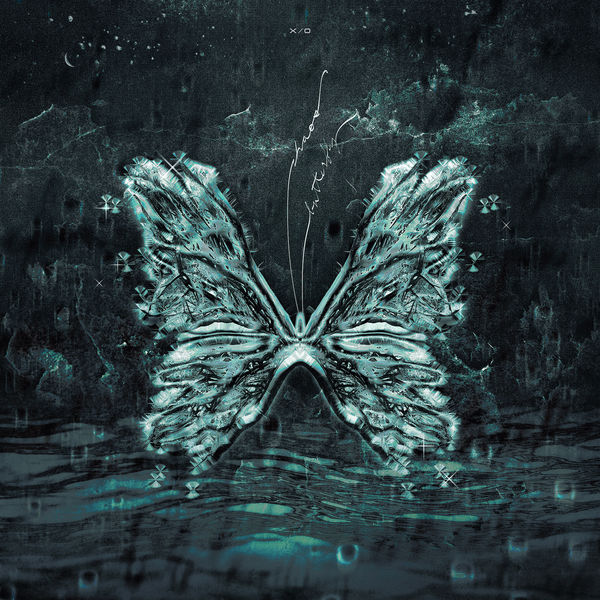 “Chaos Butterfly” is an epic tale of catharsis and self-actualization explored through metamorphosis. It is a free-falling kaleidoscopic journey into a beautiful nightmare, both cataclysmic and tender. Expanding on the themes present in their first EP “Cocoon Egg”, the album builds a parallel world from a different perspective.

“Chaos Butterfly” tells a loose narrative about an anti-hero navigating trauma through whirlwinds of grief and anger; a vengeful spirit who finds true strength in inner healing and forgiveness. An allegory for transcending societal concepts of gender, “Chaos Butterfly” is a journey of self-acceptance and reflection of x/o’s own path towards their non-binary identity.

Throughout the voyage, x/o pulls apart and collides masculine and feminine tropes both theoretically and musically by utilising contrasts between soft and hard, internal and external, calmness and anger, loud and quiet. This system of symbolism and influences reveal a pattern that is the overarching theme of duality.

The album journey begins with opener “Chrysalis Wrath”, a prologue to the story, and emblematic of the metamorphosis of the album. A soft and unassuming exterior to the hard shell and bone that lies beneath. Delicately cascading melodies and disembodied vocals are torn asunder by a brooding, ominous synth, punctuated by blasts of percussion, like dark clouds forming on the horizon, the egg cracks; a foretelling of what is to come and a reference to what has been.

This is followed by “Red Alert,” the first single from the release, which blends airy melancholic vocals with a flurry of drum breaks and synths plucks, an ambitious and cinematic exploration of intuition against recurring trauma. Melodies drifting and out of focus under the swirling vocal, like the blur of neon street lights reflecting in a rain-soaked cityscape. It’s a liminal poem about listening to your inner voice to protect you from harm.

Duality is never more apparent than on “Promise : Armour” delicate piano melodies drift and settle like snowfall before crushing blows of hardstyle kicks blast through the ether, as their soulful, but anguished vocal harmony is overcome by a demonic refrain “Cross your heart, don’t cross me”.

x/o is a founding member of s.M.i.L.e, a trail-blazing collective of like-minded artists in Vancouver pushing the boundaries of club experimentation, showcasing artists such as Actress, Hitmakerchinx, Mechatok, Nídia, and Shygirl.

This is an album that reaches dizzying heights, and in 2022 we expect x/o to do the exact same.